So, unless you’ve been living under a rock (no pun intended) for the past 10 years, you’re probably well-aware of who Dwayne “The Rock” Johnson is. Not only is he a mega celebrity, wrestler turned superstar, but he’s also a big time lover of dogs.

When Dwayne Johnson the puppy was found and taken to the Los Angeles Animal Shelter, things did not look good. Shelter volunteers worked carefully and diligently with bolt cutters to remove a metal wire fastened around the puppy’s mouth, requiring 17 stitches in the process. But shortly after something even worse happened to poor puppy Dwayne: It was discovered that the 4-month-old dog has a grade 6 heart murmur–which is the highest grade.

In order to save his life, surgery is needed and the shelter wasn’t able to make this happen without first raising the funds to cover it: $5,000. 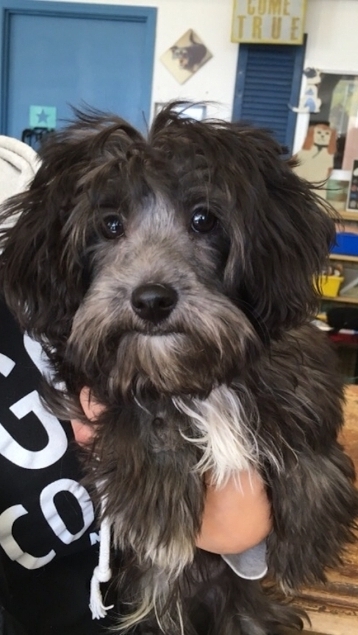 Dwayne Johnson the puppy requires peace and quiet and cannot be placed into a kennel, as the stress could cause him to have a fatal heart attack. The Los Angeles animal shelter created a GoFundMe account on the puppy’s behalf, and it just so happened to be noticed by actress Michelle Trachtenberg, who took it upon herself to give a shout-out to the real life Dwayne Johnson on Twitter:

This puppy named after @TheRock was tortured, abandoned! He needs our help for life saving surgery https://t.co/dluEbN2smL @SpotRescueDogs 💔

As soon as real-life Dwayne Johnson heard of this puppy’s plight, he sprung into action by donating $1,500 for the life-saving surgery.

Lil’ guy was found w/ a wire on his jaw!? Love to find the person who did that. Happy to help. https://t.co/X3trC5phJb

Shortly after Dwayne the puppy started creating attention on social media, his GoFundMe goal was met! And none of this couldn’t have been possible with the real-life Rock coming to the rescue! Now let’s just keep our fingers crossed for a smooth and successful surgery for one lucky little pup.

An update for Dwayne Johnson is long overdue! His surgery went well and he was on his feet and out for walkies in almost no time!

Even better – he has since been adopted! His new dad is a photographer and artist, and has renamed Dwayne “Rocky,” keeping the spirit of his original moniker. You can keep up with Rocky and his dad on Rocky’s Instagram!