In December 1985, a dog named Paca came home with the most disturbing discovery. She carried a deceased newborn baby to her home to show her humans. The senior dog carried the baby gently, so the death and injuries weren’t caused by her. However, it was clear that someone had left this child alone to suffer.

Now, nearly four decades later, an arrest has finally been made for this baby’s death. With modern technology, officers discovered that a woman named Lee Ann Daigle (formerly known as Lee Ann Guerette) is the mother of the baby called “Baby Jane Doe.”

Armand and Lorraine Pelletier were confused when Paca pounded on the door’s window and demanded to come back in. She hadn’t been outside long, but since it was unusual for her, Armand went to see what was going on. At first, he thought his dog was holding a rag doll, but when he looked closer, he saw that it was a frozen newborn baby.

“This is something you don’t forget,” Armand said.

The couple quickly got authorities involved. Right away, they ruled out the possibility of Paca harming the child. The large dog had been very gentle, and she was just doing the right thing. 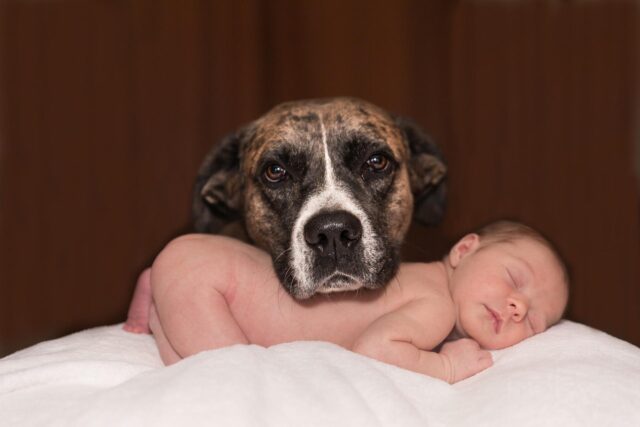 After some investigating, officers learned that the baby was born full-term and then abandoned before Paca found her. Detectives tracked the path Paca took to return home with the baby, which was about 700 feet. Paca’s path lead them to a gravel pit where the baby had been born and abandoned in below-zero temperatures.

The baby was a girl with reddish-brown hair. For many years, officers had no idea who had abandoned her on that cold winter day, but they never gave up searching.

Modern DNA tests recently revealed that Daigle is the mother of “Baby Jane Doe.” Daigle was about 21 years old when she abandoned her baby, and now she’s being charged with one count of murder for allegedly killing the baby.

Sadly, Paca passed away from cancer in 1987, only two years after finding the baby. The dog lived to be 12 years old, and her legacy continues to live on. While her humans admit they were angry at Daigle at first, Lorraine says she doesn’t hold as much anger today. The situation was especially painful for the couple because they couldn’t have kids of their own, so they wished they could’ve helped Daigle before the baby had to suffer.

“It puts me in a situation where I am angry at [Daigle], but then again, you can’t hold on to that anger,” Lorraine said. “She was scared, and it just breaks my heart she never rang our doorbell and never asked for help.”

Since this horrific incident, Maine implemented a “Safe Haven law” that allows parents to surrender babies under 31 days old to specific locations without any penalty. The law was put in place to ensure that no babies have to freeze to death again. Even though Paca couldn’t save Baby Jane Doe’s life, she did what she could to bring the newborn justice.