The last thing anyone wants to do the day they lose a loved one is get right back to work. Some employers will be amenable to giving time off when you lose a dog, but many consider this type of loss unequal to that of a person and have no patience for it.

Make no mistake: your grief over your late dog is valid. The issue is whether others respect that sentiment and if the concept of pet bereavement is something every workplace should consider. 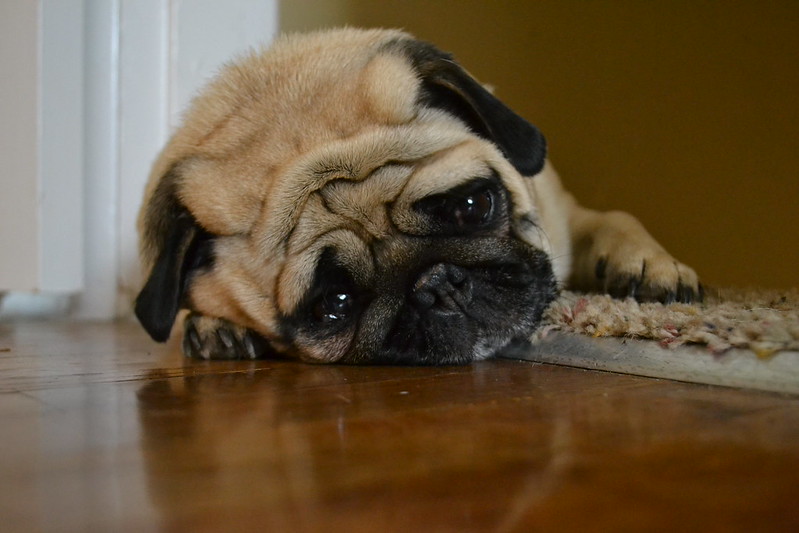 “That’s Not The Best Reason”

In July of 2022, Redditor “u/hopechyann” (a.k.a. Hope) shared a screenshot of a text message exchange between herself and a [now former] boss. In this back and forth, Hope tells her manager she can’t come to work that night.

“You need to get it covered,” the manager replies before asking what the emergency is. Hope then reveals that she and her family just had to say goodbye forever to their dog.

Losing a beloved dog doesn’t count as an excuse for Hope’s boss, apparently.

“That’s not the best reason to tell me your[sic] not coming into work,” her boss replies.

Without hesitation, Hope writes back:

As many have pointed out in the comments under Hope’s post, giving them two weeks when they wouldn’t even give her a few hours seems overly kind.

Why Can’t We Take Time To Grieve Our Dogs?

Mostly, the point of this post on Reddit was to highlight a frustrating trend in managerial approaches. This particular manager generally seems callous and eager to sling a “not my problem” to the people working under them.

Still, it’s referring to the death of someone’s dog as “not the best reason” to miss work that we dog people take issue with.

“Losing a pet is an heart-wrenching experience. It absolutely warrants a grieving period. This manager is a horrible person,” user “justbrowsing2727” commented.

RELATED: Some Companies Allow Pet Bereavement Time To Employees…Should It Be Mandatory?

Sadly, pet bereavement is not a commonly offered benefit at most workplaces. I’ve had to work jobs where I had no choice but to show up and push through tears right after losing a dog. I’ve also worked with companies that understand the gravity of this loss and respected my need for healing time.

“Right! One of my colleagues had to have her dog put down a few days ago due to bad health and we’re not expecting to see her for at least a week. We’re having a collection to send her flowers. Her dog was her world and we all know she’ll be absolutely crushed right now. Some people have no compassion,” u/SecondaryCemetery added.

You can’t find people who get it at every job, but there are definitely many out there who will understand. I suppose you could always take the bold route like this Redditor did and just up and quit until you find an opportunity to work with those people instead.