St. Mary Parish, Louisiana, is home to the largest reptile in North America: the American Alligator. Females can grow to around nine feet long, and males can reach 13 feet in length and weigh almost 1,000 pounds.

Imagine a 60-pound dog going up against one of those. You probably wouldn’t expect it to end well for the dog. Yet one 10-month-old black Lab named River defied those odds, surviving a terrifying attack. 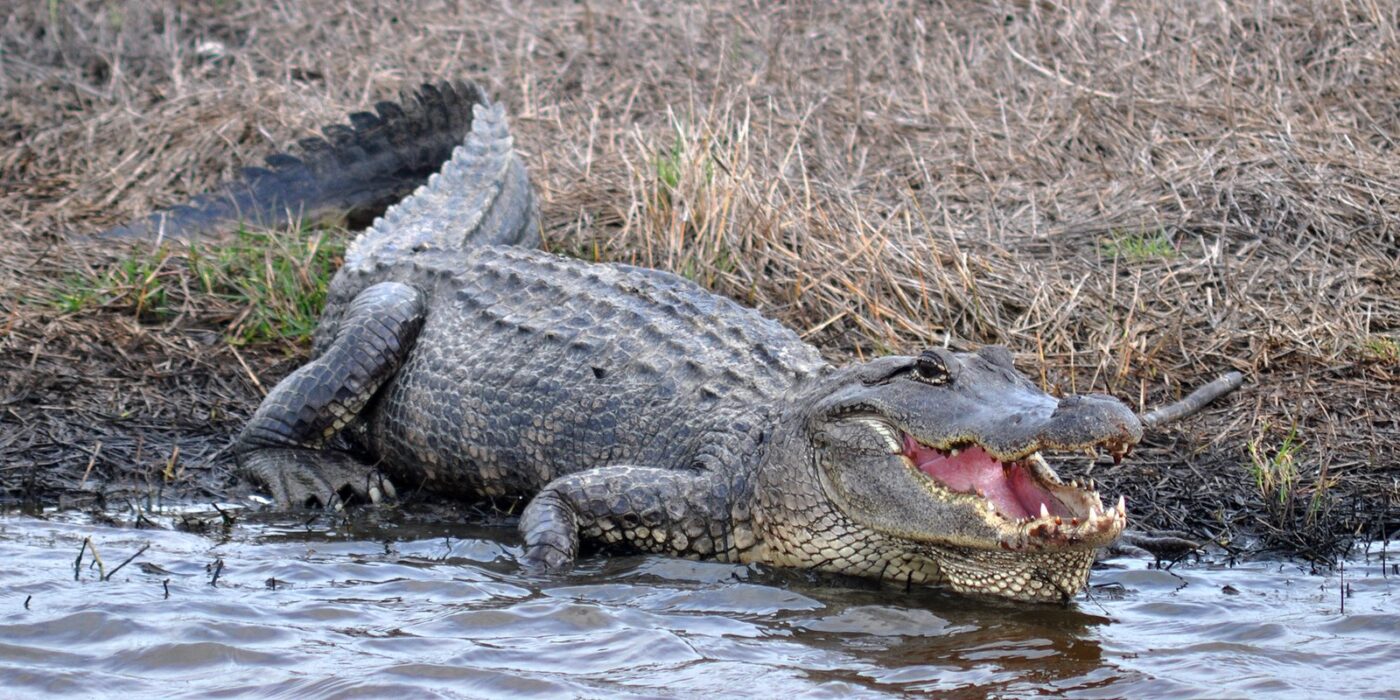 The Attack And Quick Response

In July of 2021, River splashed her way into the Atchafalaya River, where a large alligator suddenly attacked her. Fortunately for River, her dad is a member of the Coast Guard. He bravely jumped into the water to save her.

Though extremely risky, this quick intervention probably made a huge difference for River. Honestly, I’m glad to say there’s no footage of the incident, but rest assured, it was terrifying for both the dog and her dad.

After the attack, River was bleeding heavily, so her dad rushed her to Morgan City Veterinary Hospital. The gator had punctured an artery in her leg. An American alligator’s bite is extremely powerful, measuring around 2,125 lbs. per square inch (psi) of force.

An injury like this could have killed River. Fortunately, vets were able to stop the bleeding and place drains during emergency surgery. Thanks to this urgent medical care, River and her rescuer dad reunited not long after.

Be Aware Of Your Area’s Predators

This story also serves as an important reminder that we can never control the local wildlife no matter how much land we build on. Pet parents living in areas with native predators like gators, mountain lions, or coyotes should always be aware of their surroundings.

You should also have a good knowledge of what animal predators live nearby. Even if you don’t typically see them on walks, they may migrate to your neighborhood in search of food.

Jumping in the water to save River was a courageous thing for her dad to do, but also highly dangerous. Many of us who haven’t been in this situation ourselves might assume we’d do the same thing. Still, fighting off a large animal to save your dog inherently puts you at risk of severe injury too.

Some animals can be scared off with special noisemakers, repellents, and sprays; even tossed rocks and sticks. You can also help keep wild animals away from your property by securing all of your trash.

Try outfitting your dog with a thick predator vest to reduce potential injury if you live in a particularly high-risk area.

River and her dad are both lucky to be alive!