For many dogs, 11 years is their entire life. But for a Shar-Pei/Lab mix, 11 years of his life were just the beginning. When the mixed breed named Vader was only nine months old, he disappeared. After many attempts to locate him, his family lost hope that he’d ever come home.

Yet, after 11 long years, Vader’s human received some shocking news: Vader was found! The pup was in rough shape, but his family was there for him in a heartbeat. Poor Vader must have had quite the adventure after all those years, but now, it’s finally time for him to be spoiled and loved again. 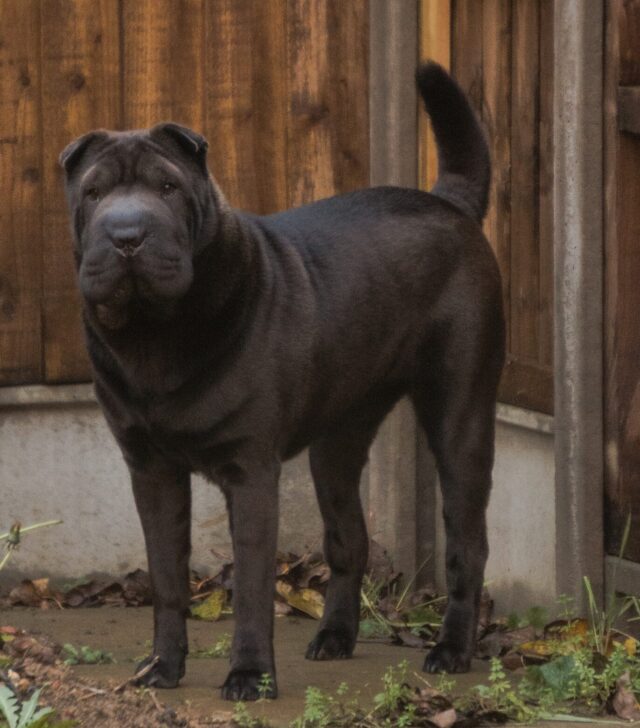 Angela Surrett said she lost Vader in 2011 when her 19-year-old daughter was only eight years old. Surrett’s husband at the time gave the puppy to a stranger without Surrett’s permission. They never saw their beloved pup after that.

Surrett has been a member of the U.S. Army for 16 years, so she moved several times since Vader’s disappearance. The family lived in San Antonio, Texas, when he went missing, and Surrett lived outside of Texas twice since then. She’s currently in Texas but preparing to move again.

On April 7th, 2022, Surrett received a call that she never would’ve expected. It was from the Conroe Animal Shelter saying they had Vader in their care. Surrett couldn’t believe it, so of course, she found a way to pick him up.

Never Too Late To Be Loved

The shelter had scanned Vader’s microchip, and it was still linked to Surrett’s contact information. Lauri Nettles, a shelter employee, sent photos of Vader to Surrett. Even though Vader was severely malnourished, Surrett could still tell that he was the puppy she’d lost many years ago.

The shelter could only hold Vader for up to five days, so Surrett quickly found a way to pick him up. She drove four hours each way to pick up the pup and bring him home. When Vader saw Surrett and her daughter, he perked up as much as he could. He seemed to recognize them despite how much time passed!

RELATED: Dog Missing For 12 Years Thought To Be Dead, But Miracle Happens

“Whatever his journey was, I felt responsible because if he had lived with me that whole time, he would have been cared for, he would have had a great life,” Surrett said.

It’s unclear where Vader has been all these years, but it looks like he had a rough life. So, Surrett will make sure that he can live the rest of his life in comfort. He’ll get to live with the family’s four other rescue dogs and the cat they had when he was a puppy. Surrett advises other dog parents to microchip their pets because Vader might have never made it home otherwise.