Elizabeth Dellapietro began her day as she always does by allowing her 12-year-old small dog, Tilly, out to do her business. It was only a minute or two before Elizabeth returned home when she heard terrifying yelps of pain and screaming from Tilly. When Elizabeth Dellapietro went outside to check on things, an animal attacked her tiny pooch. She immediately sprang into action to try and save Tilly’s life.

A rabid raccoon was clutching her 10-pound Chihuahua mix and refused to let go, despite the fact that she was being held back by a leash. Most alarming, a local veterinarian stated that this is the second rapid raccoon assault in two weeks in the region. Dr. Linda Morrone knew there was a serious problem at hand. “When I heard my dog scream in pain, I ran outside and I picked up a metal watering can and beat it on its back to let go of my dog,” she shared. 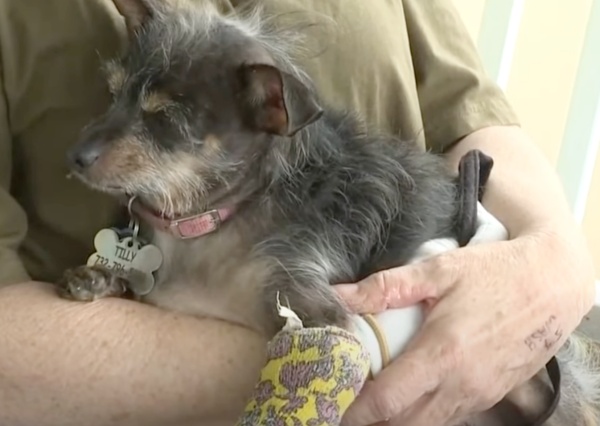 Thankfully, Elizabeth was able to ward off the rabid raccoon’s jaws and rush her dog to the veterinarian for treatment. Tilly got leg injuries as well as a broken toe after being bitten by a rabid raccoon. As a precautionary measure, her mother is receiving rabies shots. 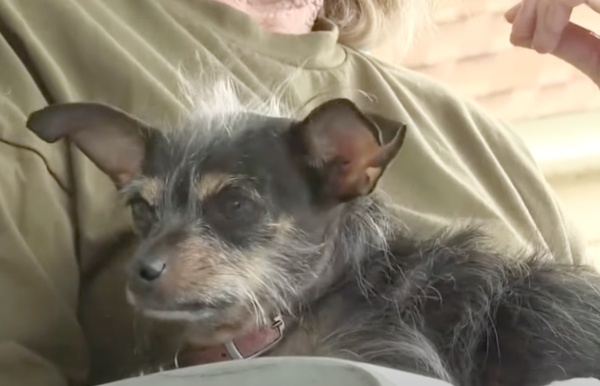 She is totally shaken up by the incident, and now she is afraid to let her dogs out. She carries a baseball bat with her and must undergo at least four rounds of rabies vaccines over a two-week time frame. The rabid raccoon remains at large, which is a cause for major concern in the community. Residents are urged to keep garbage cans closed tightly and not to leave food outside. If a raccoon is spotted behaving strangely, business administrator Michael Muscillo asks residents to call the police.

“If it’s exhibiting strange signs if it’s drooling, or those types of issues, we are asking residents stay away and call (police) immediately,” Muscillo shared. 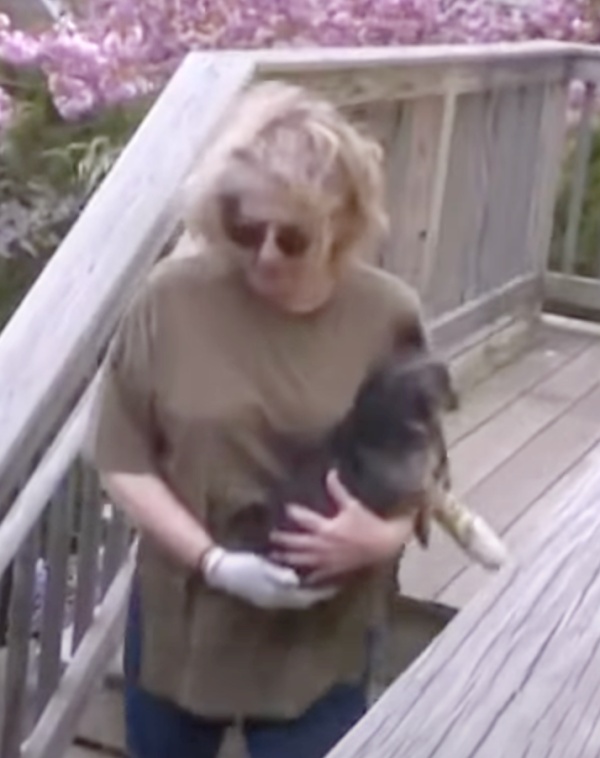 This is such a GRIPPING story! Be sure to watch the video all the way to the end below!