A dog in Johnson County, Kansas was so sick and undernourished that she could not stand up on her own. She was so ill that her benefactors were worried about whether the dog would survive the abuse she had received.

The family took her to a veterinary hospital in Mission Care, where they attempted to give the dog a fighting chance by taking her straight to the intensive care unit. 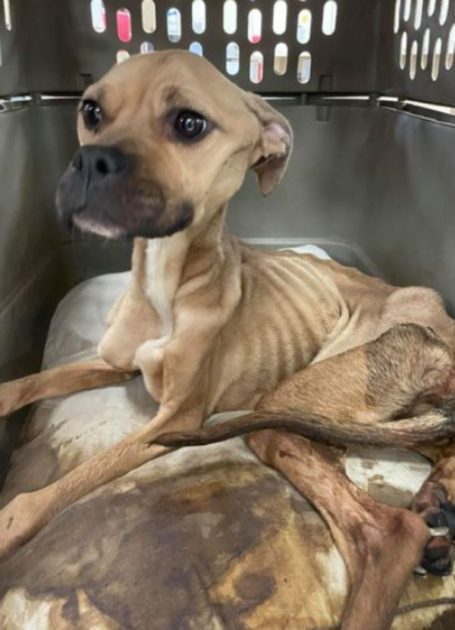 The little dog with her ribs poking out was ecstatic and loving, despite the horrors and maltreatment she endured. Veterinarians were surprised at how happy and affectionate the tiny injured puppy was. The veterinary hospital collaborated with Pawsitive Tails Dog Rescue to ensure that the tiny dog would get treatment rather than allowing her tormentors to triumph.

The famous puppy has been dubbed Brighe, according to a fresh update on Facebook. Her bloodwork is bad but could be worse, and she hasn’t been hungry lately. They intend to keep her hospitalized and give her a feeding tube, continuing the fight to save Brighe’s life. In Irish, the name Brighe means “strength and power,” which is what this tenacious dog has in her heart. 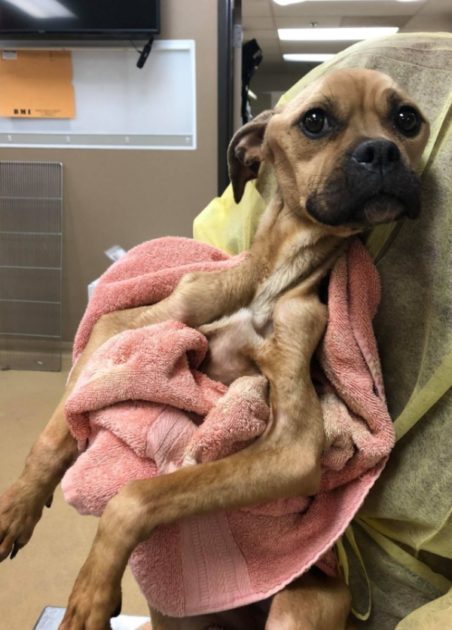 “Refeeding dogs who are in this critical condition must be done painstakingly slowly and is very dangerous,” Pawsitive Rescue shared on Facebook.

Be sure to watch the heartwarming video below to the end, you won’t regret it!