As Olga Lystseva drove along a highway in northern Russia, she noticed a sad and filthy German Shepherd on the side of the road. While at first she kept driving, she couldn’t stop thinking about him. So, she turned around and drove 9 miles back to where she saw him.

Lystseva got some food for the dog and put him in the back of her car. For the entire 93-mile ride to Ukhta, 7-year-old Kiryusha slept soundly. Once there, Olga brought the dog to a rescue organization called Kind City. 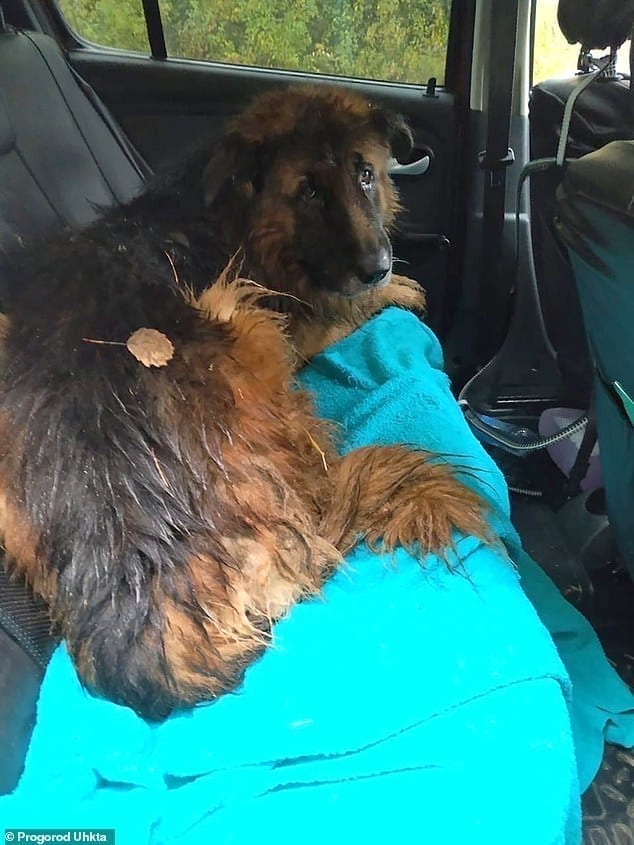 After the rescue shared photos of poor Kiryusha online, they got intel that he had come from the settlement of Yemva.

The Owners Claimed Kiryusha Was “Unhealthy”

Eventually, the rescue was able to locate Kiryusha’s original owners. It turned out that they attempted to kill him with an injection in his leg. The dog had part of his fur shaved where they injected him with what they assumed was a lethal dose. They then buried him in a remote spot near the side of the Ukhta-Syktyvkar highway.

Quite the survivor, Kiryusha was miraculously able to dig himself out and wander to safety.

The unnamed couple apologized for “their mistake” and insisted that their dog was “unhealthy” and needed to be “put down.” I wish I could provide more details related to justice for this, but that’s all we know at this time.

By Stopping Her Car, Olga Gave Him A Chance

Fortunately, after vets checked him out, the worst of the dog’s health issues were due to hunger and exposure. Otherwise, he’s a healthy, middle-aged boy. What’s more, he seems to hold no ill will towards people after what happened to him. 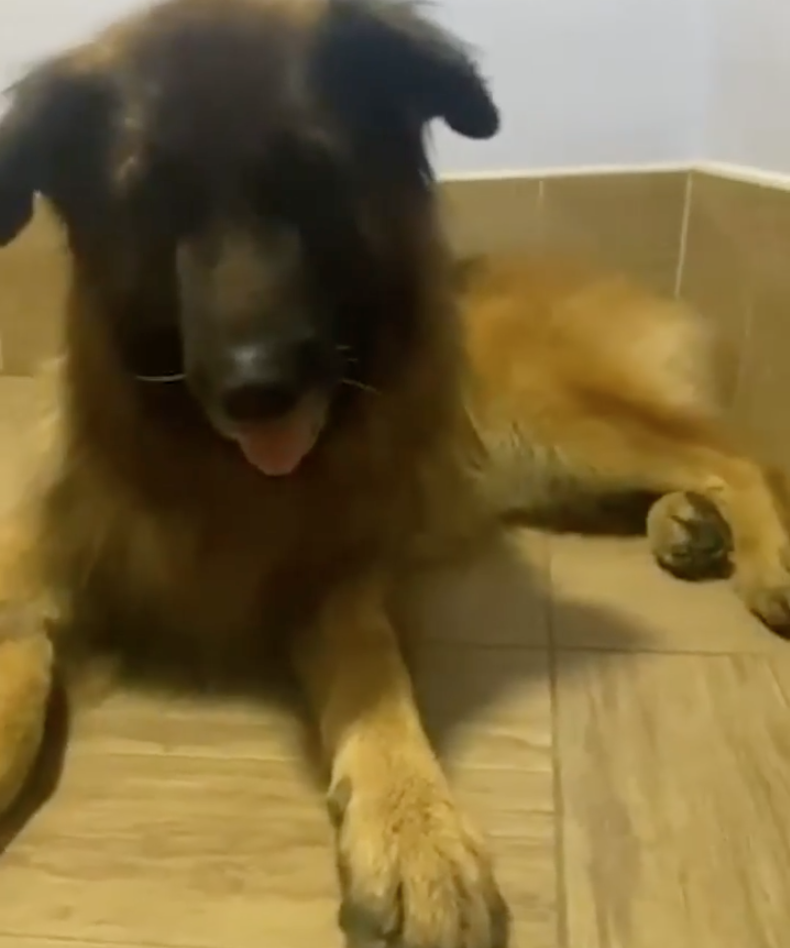 Ekaterina Nimak a rep from the rescue in Russia, said:

“In the shelter, he is very calm. He walks on a leash, does not rush anywhere, rarely conflicts with other dogs and does not bark.”

According to a local news report, Kiryusha now resides with a foster family. Regardless of what some cruel people thought, this dog still has years of happy life ahead of him. Plus, his resolve shows how strong he is. He literally came back from the dead! Hopefully, he finds his permanent family to truly care for him soon.

Here’s to the people like Olga Lystseva who go out of their way to help dogs that others have failed. You never know when a gut instinct will save a life.