Dogs’ eyes can get watery like humans’ can, but before a recent study, there was no evidence that their tears related to emotions. Dogs don’t seem to sob when they’re sad, but Professor Takefumi Kikusui began to wonder if dogs experienced “tears of joy” after seeing his Standard Poodles’ eyes well up during emotional moments.

So, Kikusui conducted a study to discover if there’s any correlation between dog tears and happy moments. His research suggests that dogs might tear up when they see their loved ones after time apart. Maybe dog and human emotions are more similar than we once thought! 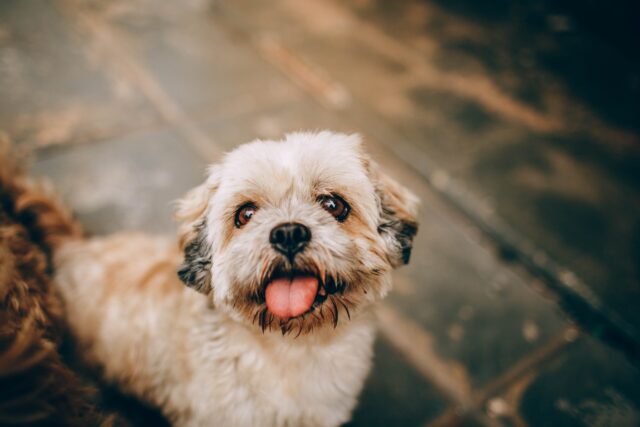 Kikusui, who is a professor at the Laboratory of Human-Animal Interaction and Reciprocity at Azabu University in Japan, worked with a group of fellow scientists on this study. He became intrigued about canine tears after he noticed his dogs would get teary-eyed whenever they saw him after a long time apart. One of his Poodles also got teary-eyed after nursing her newborn puppies for the first time.

The scientists used the Schirmer Tear Test (STT) on 18 dogs to monitor their tear production. For the test, a paper strip needs to be placed under the lower eyelid of the subject to catch tears. The paper strips were placed under the dogs’ eyes for a minute before and after the dogs reunited with their humans after five to seven hours apart. Researchers compared the results of dogs reuniting with people they knew well versus their owners.

They also tried the STT on 22 dogs after adding a solution with oxytocin to their eyes. Oxytocin is a “love hormone” that helps us feel bonded to others. Scientists suspect it’s what causes tears of joy in humans and possibly dogs.

What Did They Discover?

According to Kikusui, the dogs’ tear production increased when they were reunited with their humans, but not when they got to see other people in their lives. These results suggest that dogs have a special bond with their owners that give them happy tears.

“Tear volume was evaluated by the length of the wet part on the STT. The baseline was about 22 mm, and the reunion with the owner increased by 10%,” Kikusui said.

When an oxytocin solution was added to the dogs’ eyes, their tear production significantly increased compared to dogs with a control solution. So, love may be part of the reason dog eyes well up.

However, the study didn’t test other emotions. It’s unclear if dogs also get teary-eyed when they’re sad, so there’s a lot more to look into. This study is the first evidence that dog tears could be related to emotions.

Some Scientists are Skeptical

This is a heartwarming discovery for dog lovers, but not all scientists are convinced. Clive Wynne, a canine behavior specialist at Arizona State University, said he would need a lot more evidence before he’d be convinced.

Wynne said there are other explanations for the increased tear production. When dogs are excited, they move around more, which could cause the paper to rub against the eye more to produce extra tears. The solution with oxytocin could irritate the eyes slightly, also causing more tear production. However, it seems unlikely that all the dog eyes in the study would react the same to those potential irritations. 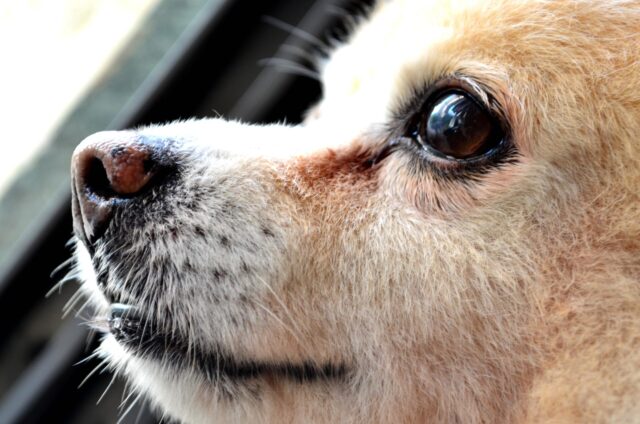 RELATED: Gazing Into Your Dog’s Eyes Releases Your Love Hormone

So, are dog tears related to positive emotions? They could be! But either way, humans seem to have a stronger emotional connection to teary-eyed dogs. 74 humans rated a series of dog photos based on how much they wanted to care for them. The majority felt the most compelled to care for the ones with watery eyes.

Next time your dog’s eyes water, ask yourself what the context might be. It may be their way of showing that they are excited to see you!