Officer Laurich was on duty for a drug bust at a California motel when he rescued a puppy from the most heart-wrenching case of abuse the police station had ever seen. The poor thing had drugs in his system and required immediate assistance. Later, they would be reunited, and Bubba has the greatest reaction when he recognizes his hero! 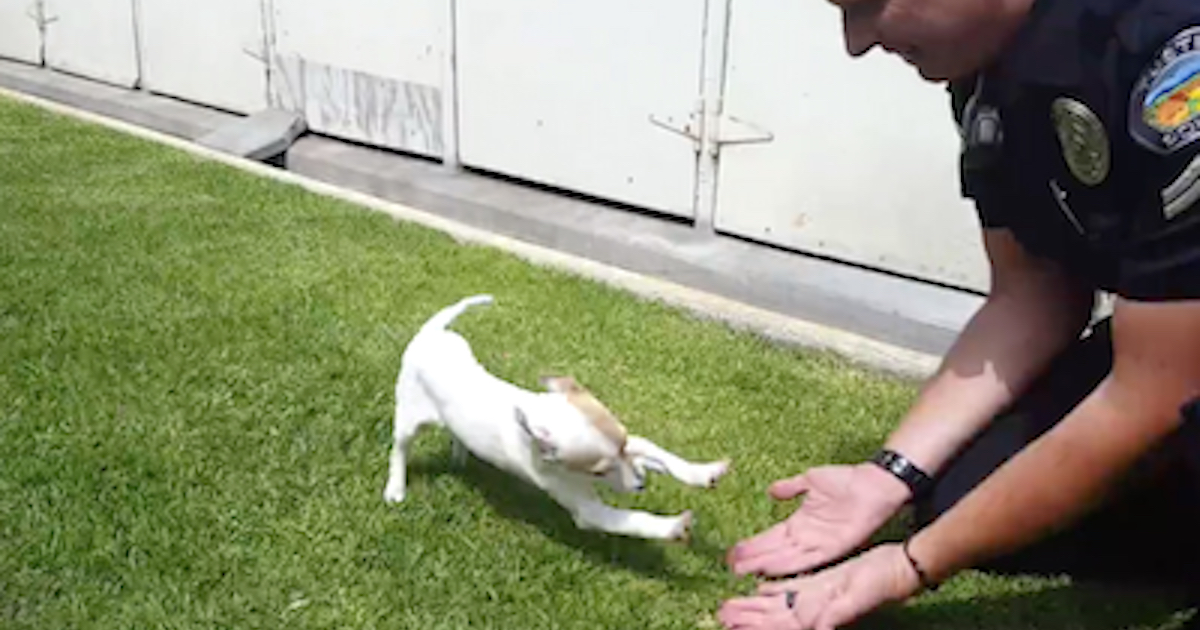 “We have received many requests asking about Bubba who was taken into custody in March due to drugs in his system. Today we visited Orange County Animal Care and reunited Bubba with Officer Laurich. Officer Laurich is the original officer who took Bubba into custody. Bubba looked very healthy and happy and both he and Officer Laurich seemed to thoroughly enjoy their time together,” the Tustin Police Department said on Facebook. 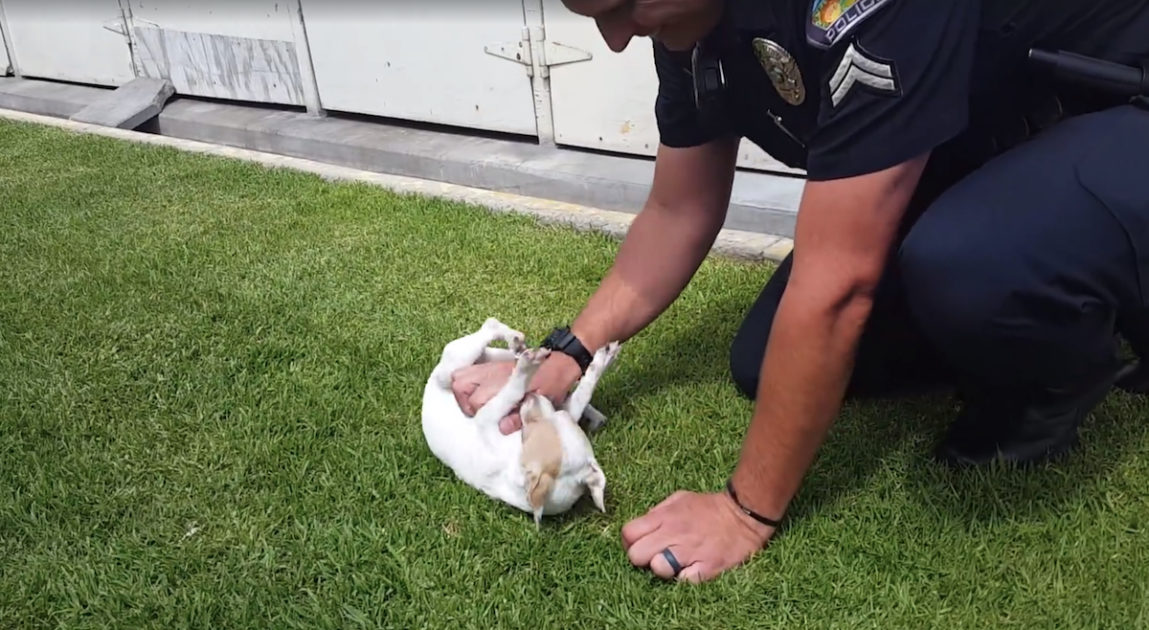 Bubba never forgot about his hero and you’re going to LOVE to watch them play in the video below. Be sure to watch until the ending, enjoy!