Every pup parent wants to extend their dog’s life as much as possible. Providing proper immune system support is a great way to do so. Adding a single ingredient to your dog’s diet could make all the difference. One of the main turkey tail mushroom benefits is exactly that, and it could keep your dog’s body rich in nutrients to help them stay healthy for years to come.

So, what are turkey tail mushrooms for dogs? Let’s see how they could benefit your furry family member’s life. 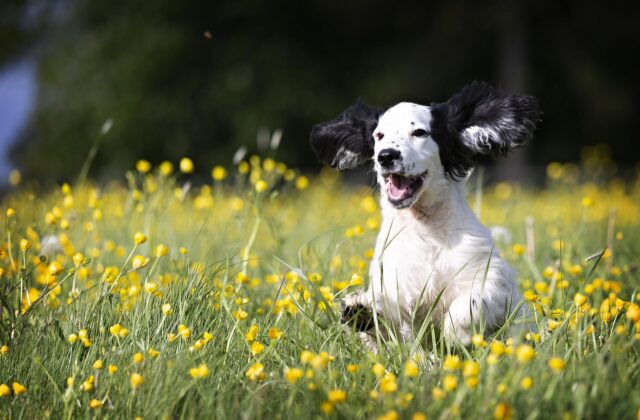 What Are Turkey Tail Mushrooms?

Turkey tail mushrooms, also known by the Latin names Trametes versicolor or Coriolus versicolor, are a type of colorful fungi commonly found on dead logs worldwide. The word “versicolor” means “of many colors,” which refers to the several colored rings on the mushrooms.

They get the name “turkey tail” because the shape and coloring of the mushroom closely resemble a turkey’s tail. These mushrooms don’t have stems, but instead, they grow directly from trees and logs.

Not only are turkey tail mushrooms beautiful, but they have also been used medicinally throughout history. Mushrooms, in general, have been used for restorative powers as early as 221 BC. Turkey tails have been part of Chinese medicine for hundreds, and possibly thousands, of years.

In humans, turkey tail mushrooms are thought to boost the immune system, increase energy, and reduce phlegm. They have also been studied as a cancer healing ingredient, especially for human patients with breast cancer and lung cancer.

Researchers suspect that turkey tail mushrooms have a similar effect on dogs as they do on humans, so they’re often used in canine supplements for immune support. The iHeartDogs Bone Broth For Dogs Immune Support Powder is one of many canine supplements that utilize this ingredient.

Yes, turkey tail mushrooms are safe for dogs. However, it’s harder for dogs to break down the fresh fiber in mushrooms than it is for humans. Raw turkey tail mushrooms are also hard to chew. So, it’s recommended that you give your pup a supplement containing the ingredient rather than a raw mushroom. If you want to try giving your dog just the mushroom, you’ll need to go through a tedious cooking process.

With any new ingredient, you should talk to your vet before giving it to your dog. Turkey tail mushrooms shouldn’t be used as a sole treatment method unless your vet suggests it. It’s believed that turkey tail mushrooms are also safe for cats and will give them similar benefits to dogs.

Research shows that the turkey tail mushroom has several benefits for dogs, giving your furry friend a significant health boost. If you add these fungi to your dog’s diet, you might notice some of the following benefits. 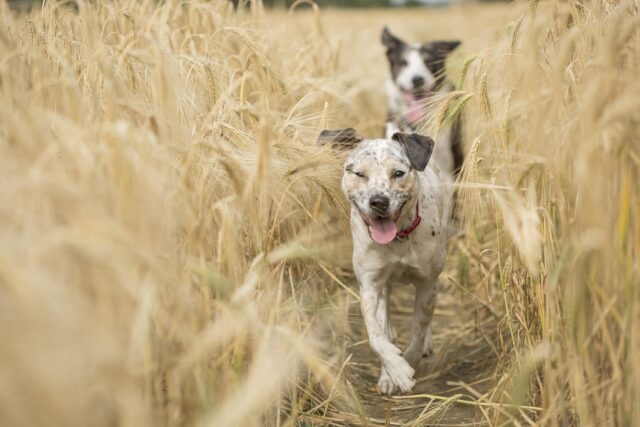 The main medical components of this mushroom are beta-glucans known as polysaccharide-K (PSK) and polysaccharide-P (PSP). They’re linked directly to immune support.

Beta-glucans can interact directly with your dog’s immune cells. They can increase the activity of immune cells and restore a healthy immune system by reducing the risk of diseases and inflammatory responses. They can also down-regulate the cells if your dog has an overactive immune system.

A healthier immune system also provides allergy support for dogs. The most common types of allergies in dogs are food allergies, environmental allergies, and parasite allergies. However, it’s suggested that dogs with these allergies will have more severe reactions if they have weak immune systems.

So, you may notice less itching and scratching if your dog is taking this ingredient. 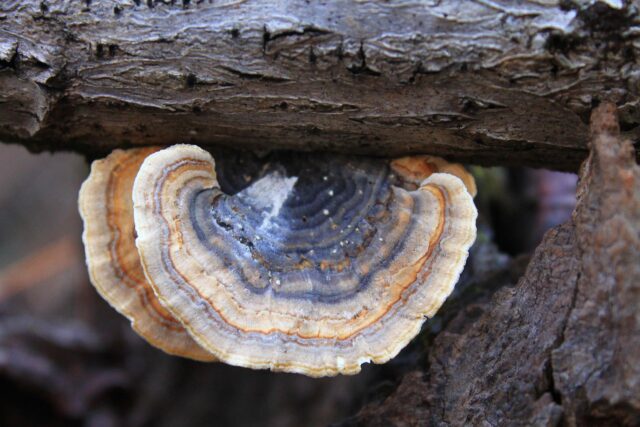 Yeast is essential for helping dogs digest food, but it can get out of control. Allergy symptoms that get out of hand could lead to yeast and bacterial infections. Too much yeast can cause itchy skin, ear infections, hot spots, stinky feet, hair loss, and food sensitivities.

Turkey tail mushrooms have antifungal properties that can help prevent yeast from getting out of control in your dog’s body. The mushrooms can feed beneficial bacteria and increase immune system function to fight excess yeast. Giving your dog these mushrooms could keep yeast in check and prevent yeast infections from developing.

Since these mushrooms improve the immune system and reduce inflammation, they can also improve other areas of the body. Thus, consuming this ingredient can reduce the risk of inflammation in areas like the digestive, respiratory, and urinary tracts.

Your dog will be less likely to face urinary tract infections, digestive system issues like diarrhea and flatulence, and trouble breathing. Since turkey tail mushrooms are prebiotics, they can also help protect the liver.

Turkey tail mushrooms are packed with phytonutrients, which are natural compounds found in plants. Some of those nutrients include antioxidant phenolic compounds like gallic acid, protocatechuic acid, and catechin. Phytonutrients can help prevent numerous health concerns, such as cancer, pulmonary disease, heart disease, and diabetes.

Turkey tail mushrooms also have antioxidants, which can help neutralize or remove free radicals in your dog’s body. Dogs are naturally exposed to free radicals throughout their lives from a variety of external factors, such as pollutants, smoke, x-rays, stress, processed foods, and medication. 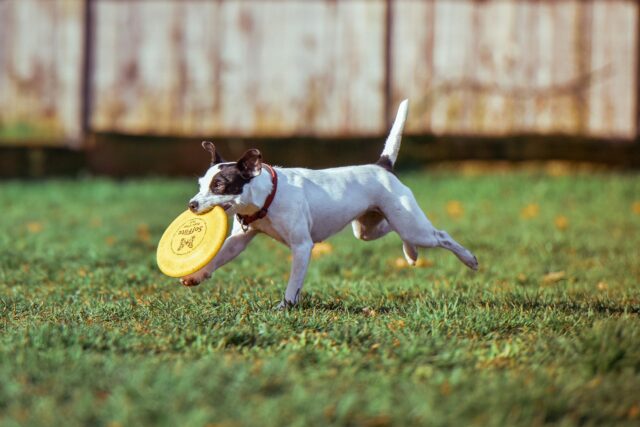 Yet, if your dog’s body doesn’t regulate free radicals enough, they could face oxidative stress. Oxidative stress can make them age faster and lead to other health concerns. The antioxidants in turkey tail mushrooms, such as phenols and flavonoids, help control the free radicals while giving your dog a health boost.

Since turkey tail mushrooms regulate a dog’s immune system, they can protect them from cancer and other major health concerns. A 2012 study from Evidence-Based Complementary Alternative Medicine tested turkey tail mushrooms as a treatment method for hemangiosarcoma, a type of vascular cancer that’s found in the spleen. Most dogs with this cancer survive less than 86 days, even if the spleen is removed.

Researchers took the PSP from the mushrooms and gave them to the canine cancer patients. The dogs taking turkey tail mushroom ended up living longer than the dogs who didn’t take it. Here were the average results:

The PSP in turkey tail mushrooms is used as a cancer-fighting drug in some countries, such as Japan and China. PSK may also help, but it’s not as commonly used. Another anti-tumor component in these mushrooms is ergosterol.

Of course, if your dog has cancer, you shouldn’t blindly give them turkey tail mushroom. Instead, talk to your vet to find out what the best treatment options are. If you give your dog this ingredient, it’ll likely be in addition to other treatments.

Not only can turkey tail mushrooms help dogs with cancer live longer, but they can also make chemotherapy safer. Chemotherapy is hard on the immune system, but this mushroom’s immune support can keep your dog healthier, potentially reducing side effects. Improving the immune system function of cancer patients is crucial.

Turkey tail mushroom is safer than chemotherapy with fewer side effects, but it shouldn’t be used in place of it. Chemotherapy is more effective, and it’s what your vet is more likely to suggest. Pairing it with this mushroom will likely make it safer for canines.

Also, most studies about turkey tail mushroom and cancer focus on humans, so more research needs to be done on dogs. 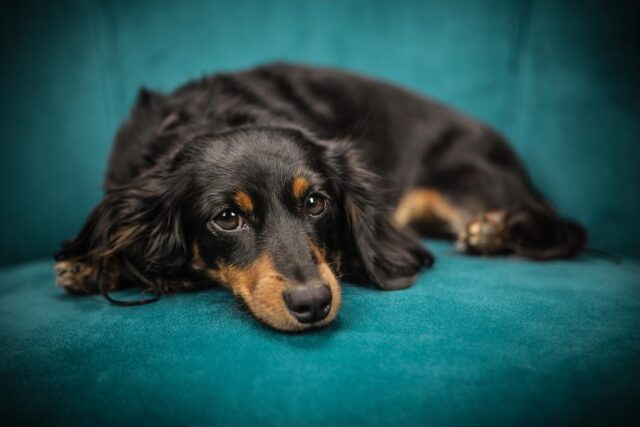 The correct turkey tail mushroom dose will vary based on the product you use and your dog’s size. When in doubt, ask your vet how much is safe for your specific canine.

Most pup parents give their dog a supplement containing turkey tail mushroom rather than cooking raw mushroom alone. So, if you’re using a product, check the label to see how much is recommended based on your dog’s weight. If the suggested dosage doesn’t affect your pup, you may need to increase it as needed.

If you’re planning to give your dog turkey tail mushroom by itself, a general dosage is about 0.03 ounces for every 22 pounds. So, that means…

Again, these are just general suggestions. If you’re worried about giving your dog too much turkey tail mushroom, choosing a dog-specific product might be safer and more effective.

There isn’t much information about the side effects of turkey tail mushrooms for dogs, but as long as you use the proper dose, your dog should be safe. In rare cases, dogs could be allergic to it and experience skin irritation, digestive problems, and face swelling as a result.

Turkey tail mushroom isn’t recommended for dogs with low blood pressure, low blood sugar, bleeding problems, or liver problems, as it could make symptoms worse. Also, if your dog is taking any medications, you should talk to your vet before serving these mushrooms. It’s also unclear if this ingredient is safe for pregnant and lactating dogs.

Potential side effects could include diarrhea, an upset stomach, dizziness, vomiting, or rashes. Other mushrooms could cause similar concerns if not served properly. Luckily, the risk of these symptoms is low.

If your dog experiences any side effects after eating turkey tail mushrooms, contact your vet right away.

How to Serve Turkey Tail Mushrooms to Dogs

While your dog can get turkey tail mushroom benefits from cooked mushrooms, most pet parents prefer to choose a supplement. Yet, if you do cook these fungi for your pup, make sure you research the best cooking methods first. Also, you should serve it plain because seasonings are unnecessary and can be dangerous for dogs.

If you want a supplement, you should first decide what you want to use this mushroom for. Most turkey tail mushroom supplements focus on immune support, so they’ll include other ingredients to help with that. However, other products might specialize in other benefits, such as liver health.

Most turkey tail mushroom supplements come in powder form. The easiest way to serve powder supplements is by pouring them over your dogs’ meals. In most cases, they’ll serve as a meal topper, and the smell might make your dog more interested in eating it. Liquid extracts are similar.

Some supplements might come in the form of tablets or chews, which are a little less messy. The tablets are usually portioned so your dog will get a certain number of pills with each serving based on their weight. If you have a picky eater, you can hide the supplement in a pill pocket when giving it to your dog.

Regardless of which type you choose, it’s important to select a product from a company you trust. Take a close look at the ingredients and product reviews before making a decision. Your dog deserves to get the best quality products, especially when it comes to consumables.

iHeartDogs’ Bone Broth For Dogs Immune Support Powder is one of the many options for turkey tail mushroom supplementation. It’s designed to keep your dog’s immune system rich in nutrients while also supporting liver function and improving mobility. 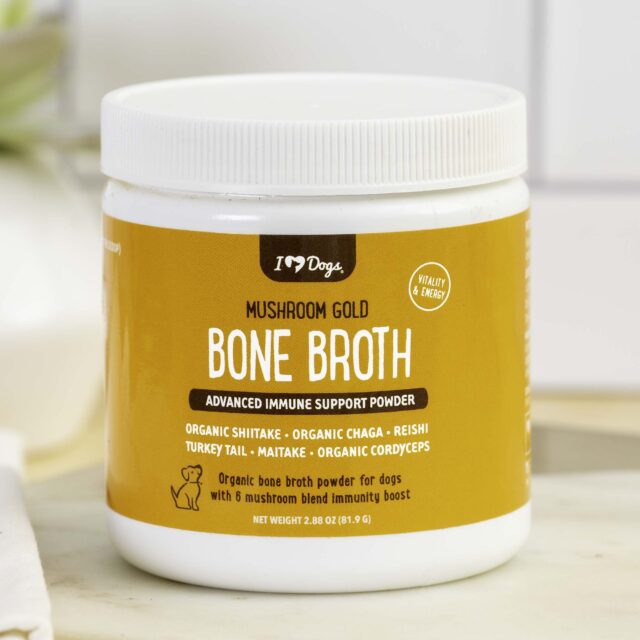 Giving your dog a turkey tail mushroom supplement could provide a variety of benefits that could extend their life. So, consider adding these unique fungi to their diet so your pup can be happier and healthier.