Service dogs specially trained to detect seizures, protect incapacitated people, and provide emotional support make incredible differences in the lives of their handlers. However, it can be frustratingly expensive to get one. It can also take months to years, even with enough funds.

In September of 2021, 10-year-old Liam Vanartsdalen was unexpectedly diagnosed with epilepsy. The frequency of his seizures, combined with an unknown underlying cause, have made the poor kid’s life difficult ever since.

“In one day, he had seven seizures. We took him to the hospital and they ran tests. There were no infections or anything else,” she said. “The type of seizures he has are absent seizures, so he doesn’t convulse or anything and sometimes it’s hard to catch them unless you are staring at him. It’s especially difficult in the middle of the night.”

Since the first episode, Liam has been on multiple medications to reduce the number of seizures from several per day to five to ten a month. As doctors have so far been unable to find a cause for his seizures, the medication hasn’t been able to bring them fully under control.

The problem is ongoing, and that means the side effects are too: “headaches, muscle fatigue, balance issues, problems with memory, anxiety, and depression, along with others.” Of course, this has all been really hard on Liam, and it’s been difficult for his family in other ways.

“It’s hard because he wants to be outside and play sports. He can’t play sports because he has to be seizure free for two years before he can go back to that…” Devin added. “He does have friends that come over every once in a while but he can’t go out because they are absent seizures and not everyone knows what to look out for.”

The Prohibitive Costs Of A Service Dog

There is a possible solution to some of what Liam’s going through. Service dogs trained to detect seizures truly can sense them before they happen, so they can implement safety measures to protect their handlers. As we know, though, service dogs are expensive.

“The service dog idea was something we always toyed around with and we started to look into it a few months after he was diagnosed,” Devin explained. “But a lot of the companies that do this sort of thing are very expensive and the ones that offer financial assistance have several year waiting periods… We are a one-income household so we knew the only way we would be able to do this is to get some sort of financial help.”

RELATED: Kind Community Comes Together To Get 6-Year-Old An Autism Service Dog

As a large part of that fundraising effort, the family created a GoFundMe for Liam’s future service dog. All they want is for their son/sibling to be safe and comfortable, despite the high costs.

“Seizure alert dogs are service dogs trained to assist with epilepsy and seizures caused by other illnesses. While the cost is astronomical, we, along with Liam’s doctor, believe the benefits far outweigh the price.” 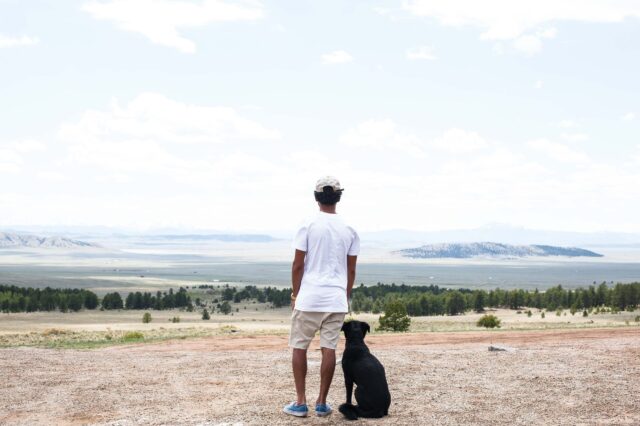 What A Seizure Alert Dog Could Do For Liam

Once trained and certified as an official seizure detection dog, the service animal can perform a number of vital tasks. As the GoFundMe description includes:

“Liam’s dog will be trained to know the signs of Liam’s seizures before and during. It will alert us by barking, giving Liam more independence in his life. It will be trained to help Liam to the ground when falling during a seizure and help with his balance issues following a seizure. The dog will also be there to serve as a companion for Liam, helping with the stress and his everyday anxiety and depression.”

So far, the family’s fundraiser has raised just over $9,00. That means they can at least purchase the service dog. Still, they’ll also have to pay for the dog’s extensive training. They will need an estimated additional $18,000 to pay for that and the dog’s certification and care.

“We know this is a huge goal to reach,” the GoFundMe description notes. “Before Liam’s diagnosis, we would have never considered asking this of people, but our perspective has changed in many ways this year. Liam has overcome many hurdles, and we know this will help him overcome many more.”

After weeks of fundraising, Devin and her husband Keith posted an update on July 11th, 2022. They found the perfect dog for Liam.

“Our first milestone has been met and we are happy to announce that we have found an AussieDoodle for Liam! He is just a few weeks old and will not be ready for us until August 12th.”

If you see this post and are able, donate to help Liam move forward in his journey toward a service dog and companion.

In addition to accepting donations via GoFundMe, Devin has also started a P.O. Box for her son. She’s hoping Liam can find a few pen pals to keep him company while he’s waiting to get back to playing sports. Please write a letter to Liam and send it to P.O. Box 509, Williamstown, NJ 08094!