Renato Borella, a sports fisherman, was rowing his boat on the enormous river in Mato Grosso, Brazil, with his tour guide, Neco. As the pair got closer to the marshes, they noticed a black tail swirling madly in the water. They instantly guessed that a dog had gotten stranded and was drowning in the water; as such, Neco threw a lifejacket to save it. 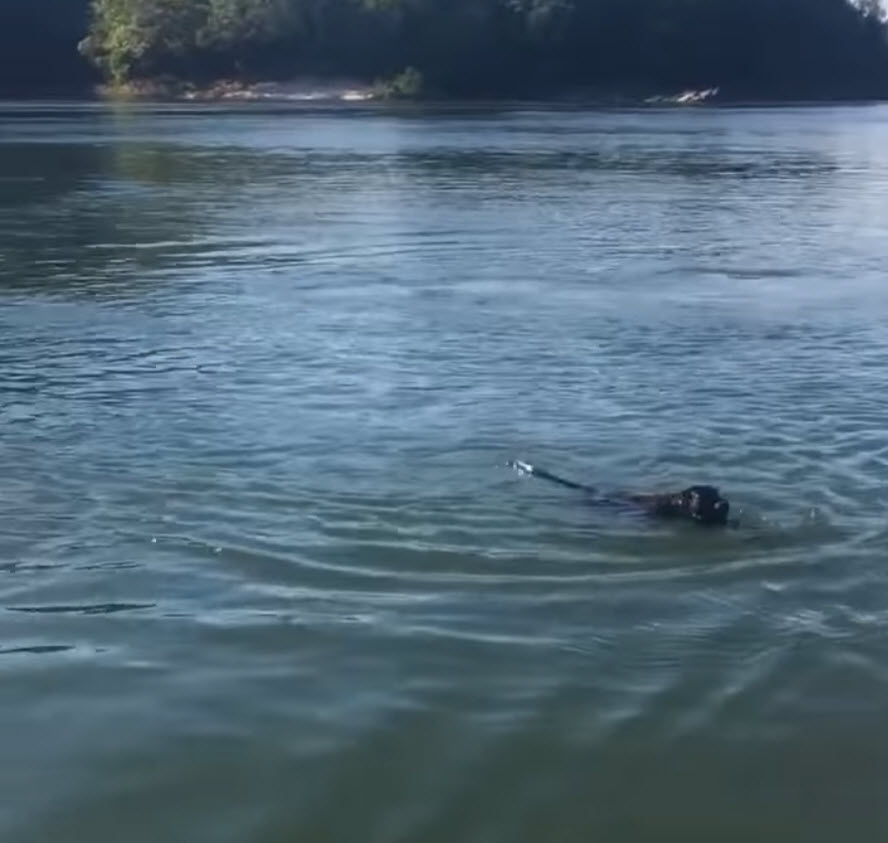 In the video below, Renato and Neco are watching the creature hold on to his lifejacket in an attempt to save himself. That’s when they notice the wet animal’s face and determine that he’s not a dog but rather a monkey from that area. The male monkeys are known to be aggressive and hostile toward humans, but they decide to ignore their concerns in order to assist the monkey aboard.

As the muscular primate climbs up the vessel, the men tremble in terror at his cold countenance. The monkey, on the other hand, gracefully perches himself on the prow of the boat and simply indicates toward land. The crew understands and steers them in the right direction. 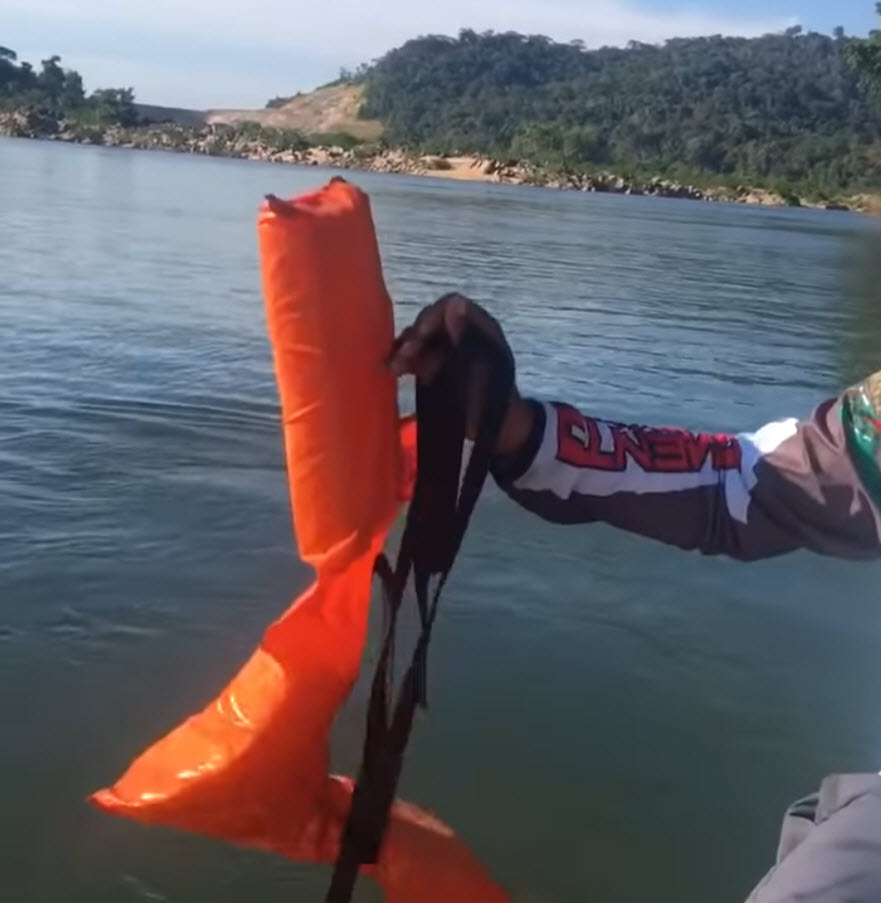 When the boat docks, a monkey grabs a tree limb and vanishes into the woods. The men believe that the monkey was kicked out of his troop, which explains why he was alone and why he attempted to flee. They are moved by the Monkey’s kind side, and they wish him well in future endeavors. We express our gratitude to Renato and Neco for this brave rescue! 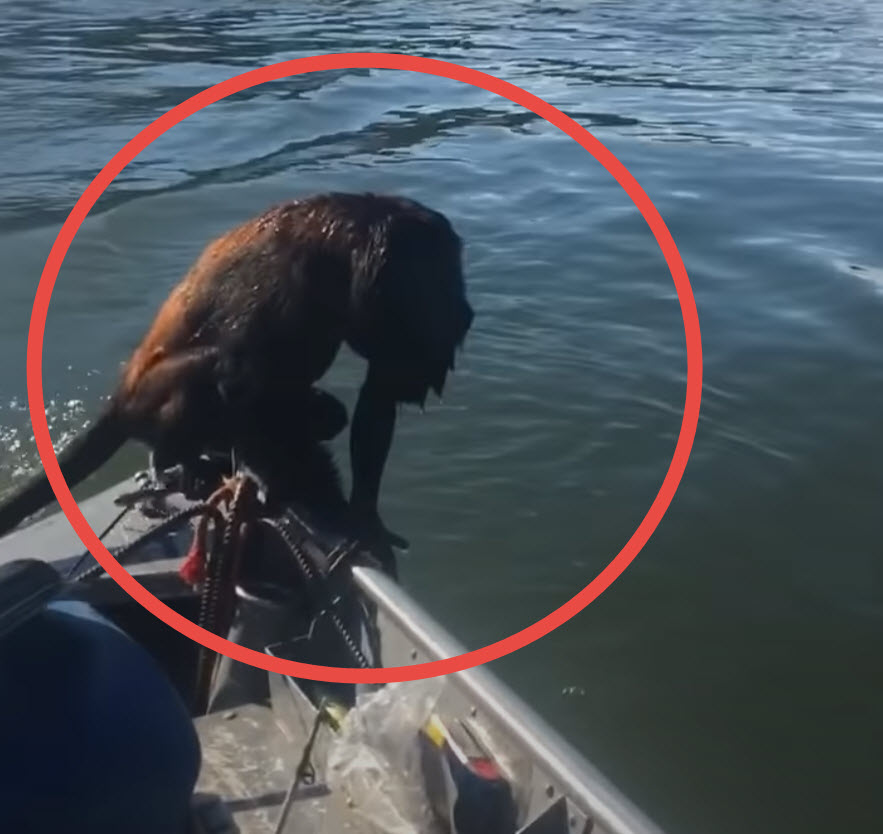 You’re going to absolutely LOVE the rescue in the video below. Please be sure to SHARE it with a friend or family member!