We’ve all read stories of dogs on the verge of seeing the Rainbow Bridge, and we’ve all seen them. Every time they touch our hearts, they do so in a special way. Please meet Sophiane and Hippo; this is their tale.

Despite the fact that this homeless dog was beyond help, Sophiane Nacer still wanted to give him the best possible “end of days.” She swore Hippo, a lonely old stray with tumors all over his body, that he would only feel love after he died. 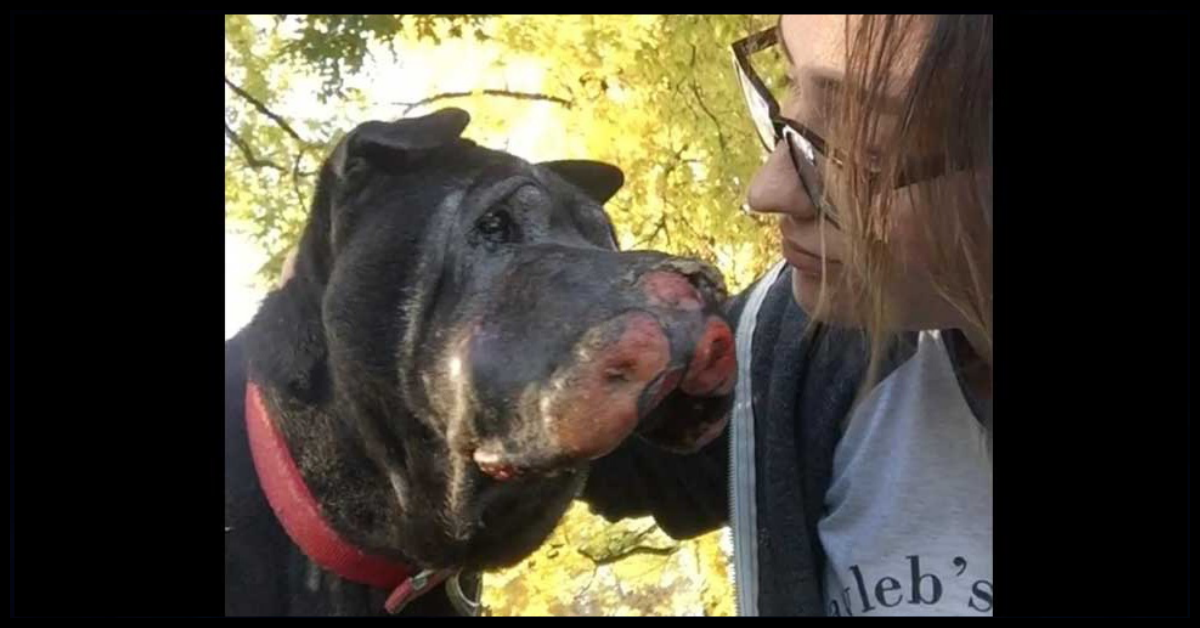 “Even if it was just for a day,” Sophiane, the 19-year-old founder of Cayleb’s Kindred Senior Dog Rescue, told TODAY, Hippo was going to have the best last day ever.

Hippo was staying at the shelter for five days before being adopted by Sohphiane. The dog’s skin was sensitive to the touch because he was in so much discomfort. Because Hippo was in so much agony, Sophiane wasn’t sure if he could feel anything at all. 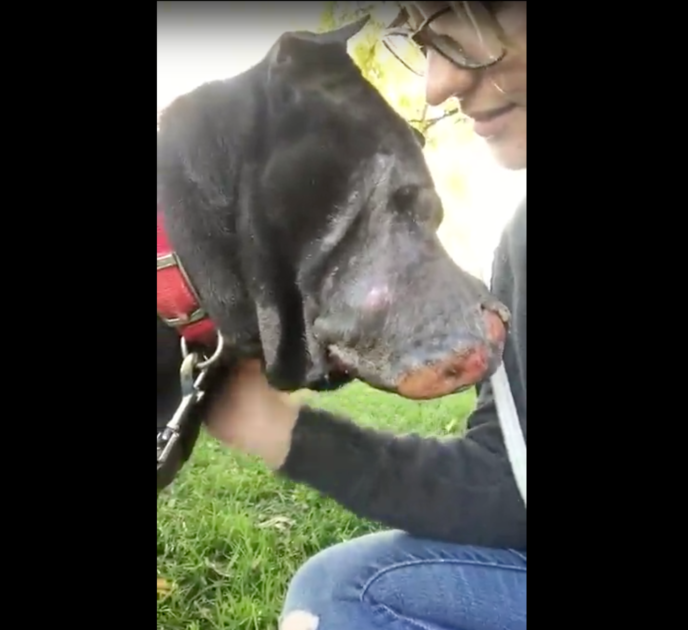 She was convinced when she saw his tail wag. The sick dog still possessed hope. Before he departed this world, he fought to experience love and pleasure. Sophiane took Hippo to Starbucks and purchased him a Puppuccino, the chain’s secret menu item that dogs go crazy for, which is simply a cup filled with delectable whipped cream.

On the following day, Hippo was still in high spirits, so Sophiane took him to a dog park where he could have some fun. He loved every minute of it! But then he had something to tell Sophiane. 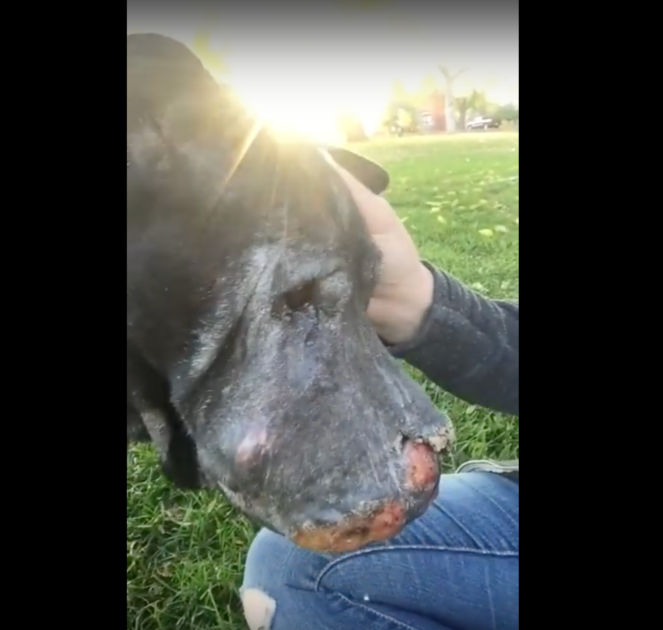 The old dog, while weary and hopeful, had some news to share with his new favorite companion. He was prepared to depart. He was overjoyed he got the chance to spend time with Sophiane, but he was fatigued and in agony, and it was time to say goodbye. After the dog park, Sophiane had a Veterinary Euthanasia Specialist come to her home. The vet specialist gave him a roasted chicken filled with sedatives during his last meal. He ate his final dinner while sitting next to Sophiane as comfortably as possible, then drifted into an easygoing permanent sleep.

The video below is going to touch your heart and be sure to watch it to the very end!