Bleu is a lovely golden retriever with an uncommon hobby; Bleu loves to sing. The musical girl discovered her love for the musical arts as a youngster, after her mother Ana Brown hung up a set of wind chimes in the yard. When Sweet Little Baby Girl heard the peaceful sound of the wind chimes, she was entranced when Bleu was barely four months old. 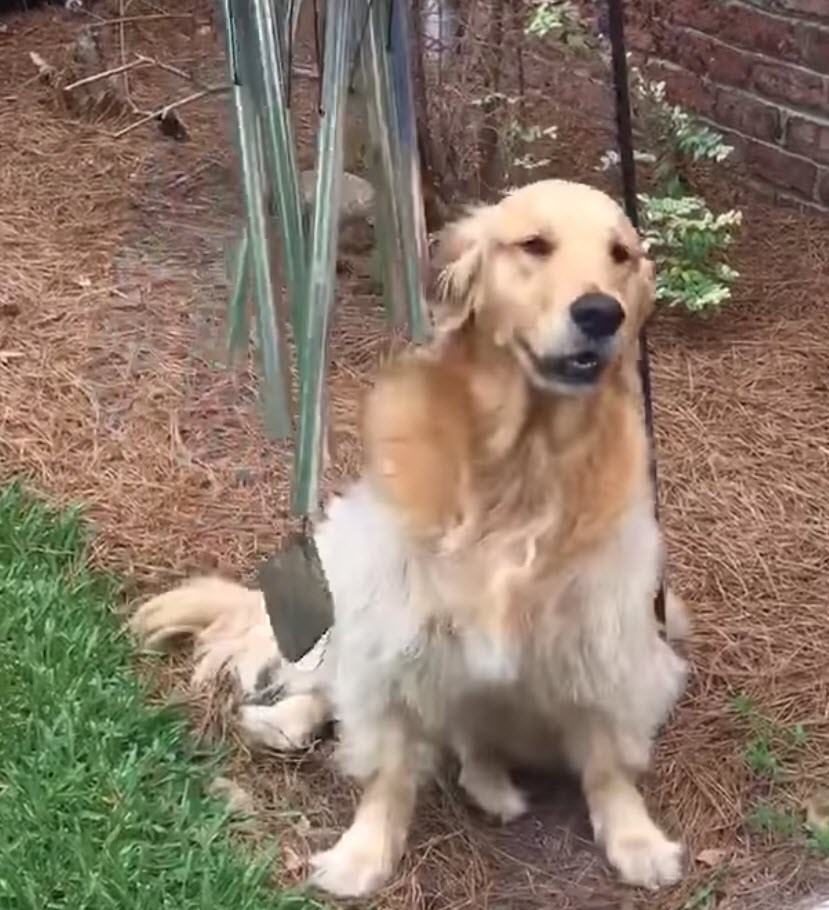 Bleu, who had inadvertently head-butted the low-hanging chimes, was inspired to join in after hearing their strange melody. Brown was taken aback by her dog’s participation in the chimes; however, the best was yet to come. 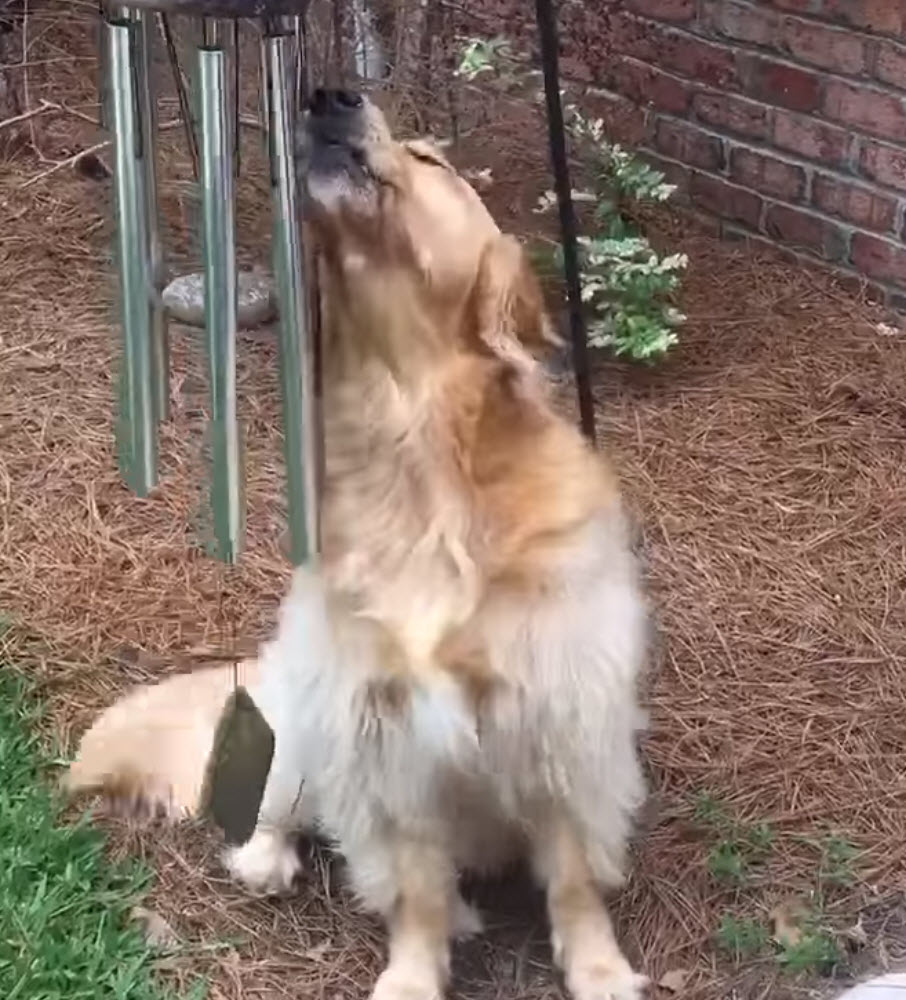 Bleu began dancing with and singing to the chimes on a daily basis. She would head-butt the chimes and then sing as loudly as possible. 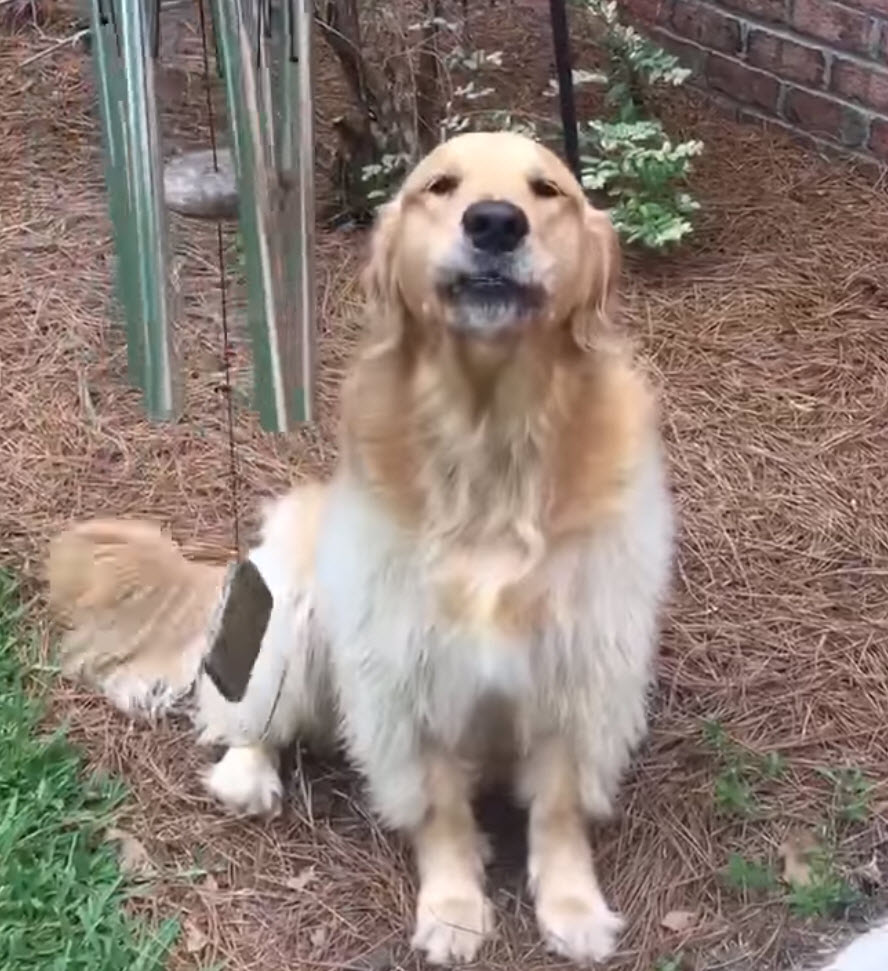 Bleu’s enthusiasm inspired Brown, and she began to share her musical performances on Facebook, which resulted in Bleu going viral. People were wowed by Bleu’s adorable intensity, and before Brown knew it, thousands of people had tuned in to watch Blue sing and play with the chimes. The internet response has been incredible; Brow is astounded by the amount of love and attention Bleu has been getting.