If you live in Washington, Oregon, Northern California, or Southern Vancouver Island and enjoy taking your dog on streamside adventures, this message is for you. The California Department of Fish & Wildlife released a statement earlier this month reminding residents to protect their dogs against Salmon Poisoning Disease.

The potentially-fatal condition occurs when dogs ingest certain types of raw or cold-smoked fish that have been infected with a bacteria-like organism transmitted by the parasitic flatworm Nanophyetes salmincola. According to the CDFW, the disease is treatable if caught early but is usually fatal within two weeks without proper veterinary care. 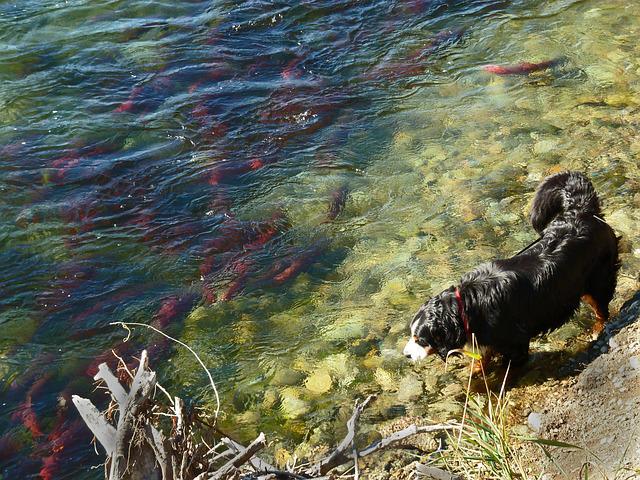 Based on the statement from the CDFW, dogs living in the North Central region of California may be most at risk.

“While all fish caught or originating from streams in northern California could potentially be infected, the California Department of Fish and Wildlife (CDFW) cautions that trout stocked in some waters in CDFW’s North Central Region are more likely to be infected with the flukes that cause Salmon Poisoning Disease. Weekly fish stocking information is publicly available at CDFW’s Fish Planting Schedule web page.”

What is Salmon Poisoning Disease?

Salmon poisoning is a bacterial infection that can affect dogs who eat raw or undercooked salmon, trout, steelhead, or Pacific Giant Salamanders infected with the Nanophyetus salmincola flatworm. This flatworm is typically harmless to dogs unless it becomes infected with a bacteria called Neorickettsia helminthoeca. Once ingested, these infected flukes embed in the dog’s intestines, allowing the bacteria to enter the bloodstream and spread to the organs.

As mentioned above, salmon poisoning disease is most common in Washington, Oregon, northern California, and southern Vancouver Island (Canada). It affects canines, including domestic dogs, coyotes, and foxes. However, the bacteria cannot survive in cooked fish and is not transmissible to humans or other pets. 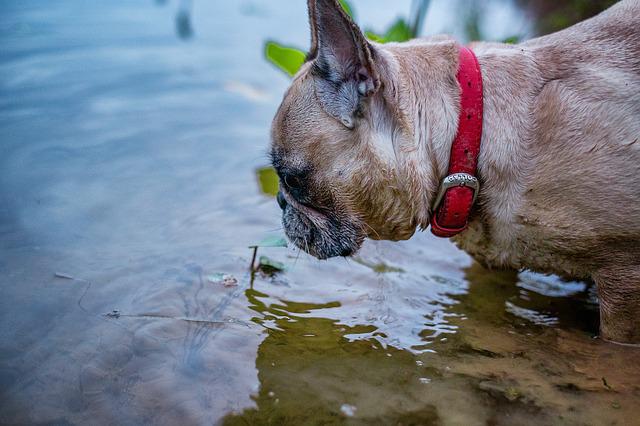 What are the Symptoms of Salmon Poisoning?

Infected dogs usually begin to show signs of the disease within a week of eating raw or undercooked fish. Symptoms are similar to those seen in Canine Distemper and include:

Dogs that receive prompt veterinary care at the first sign of infection typically have a good prognosis. 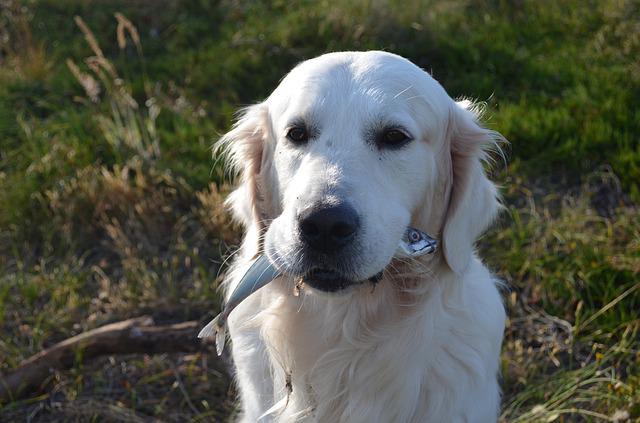 How is Salmon Poisoning Treated?

Treatment can be as simple as antibiotics to control the bacterial infection and medications to kill the flukes. However, dogs with more severe symptoms may require hospitalization with IV fluids, anti-nausea and/or anti-diarrheal meds, or even blood transfusions.

How Can You Protect Your Dog Against Salmon Poisoning Disease?

If you live in a high-risk area, avoid walking near lakes, rivers, or streams that contain salmon, steelhead, trout, and other freshwater fish. If you must frequent these areas, keep your dog on a leash and stay vigilant at all times. It only takes a second for a curious pup to snatch and swallow a bit of fish carcass and become infected.

Additionally, you can protect your dog by monitoring for symptoms of salmon poisoning disease and seeking treatment at the first sign of illness.