Benji, a homeless dog, had spent his entire live surviving on the streets. He would hide under parked cars for shelter and eat out of trash cans. Over the years, his matted fur became a major concern for him. He was itchy and in pain all the time, but nobody could help him. 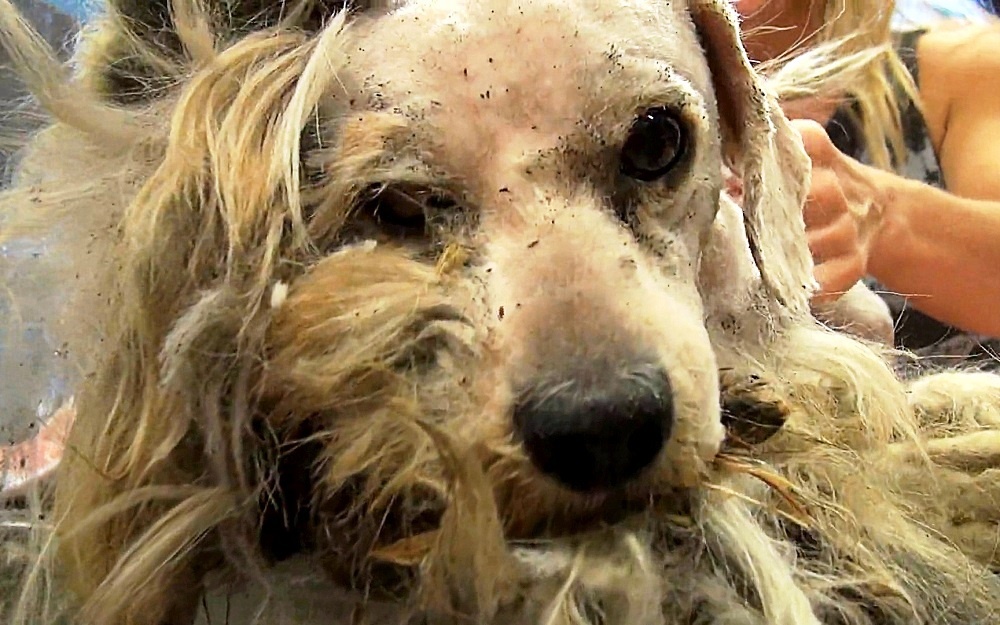 In this video, we see some rescue volunteers on a mission to save Benji. However, Benji hates the idea of humans chasing him. He instinctively runs away and hides, but the rescue team keep persevering.

After much effort, Benji lets one of the rescuers touch him. The woman could feel that the poor boy is in severe discomfort because of his fur. So she tries her best to win his trust. She finally wins Benji’s trust, and the dog walks to the rescuer and gets into the rescue van!

Benji was immediately taken to the shelter where the caretakers proceeded to shave off a. . .  Click Here To READ MORE of this story>>>