Every dog parent in the world wishes they could have more time with their baby. Scientists have been wondering for years whether such a concept is possible. Can we somehow make it so our dogs live longer?

For now, everything is still in the early research phase, but there are some promising areas of study. Not only have scientists learned a lot about how dogs age, but they’ve also learned a bit more about humans’ health and aging too. The Dog Aging Project is co-directed by Matt Kaeberlein, who studies aging at the University of Washington in Seattle. In addition to learning how dogs age, Kaeberlein explained, the project’s researchers hope to find ways to slow the aging process.

“I was like, man, I would love if I could slow aging in my dog,” Kaeberlein recalls as his “lightbulb” moment 10 years ago.

Around 40,000 people with a dog have enrolled in the Dog Aging Project study. These participants provide their dog’s medical histories and also fill out detailed surveys every year (it takes about three hours).

A subset of ~8,500 of these dogs will have their genomes sequenced, and many will also have their hair, blood, and urine studied. 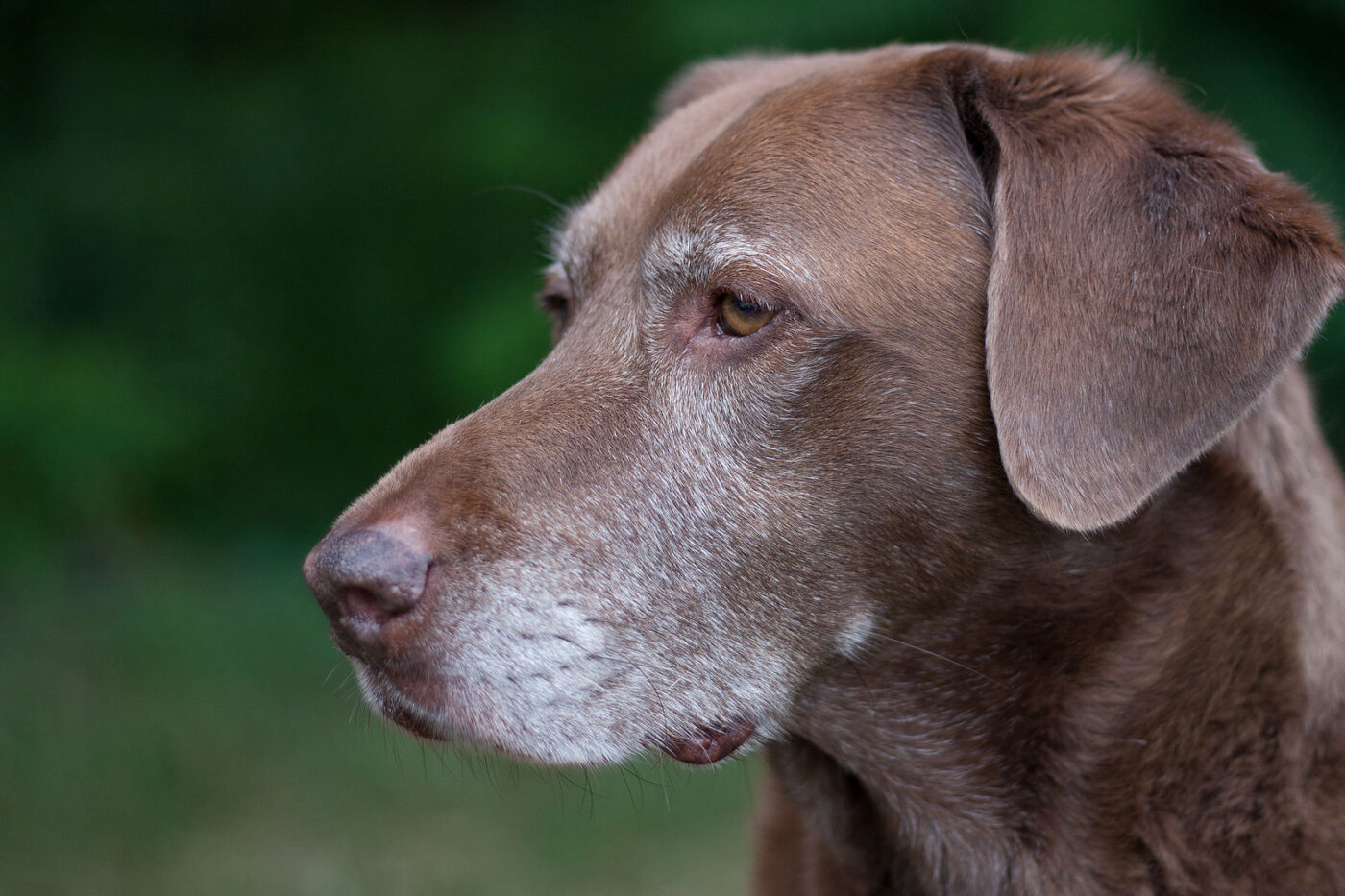 Ultimately, the goal here is to find biological clues that might help researchers identify which dogs may be at risk of developing certain diseases as they age. From there, scientists can work on drugs to prevent or treat these diseases.

“We expect to learn which types of diets, which types of exercise regimes, and which types of husbandry are associated with better long-term outcomes so that we can do things that help them have a better quality of life into their later years.”

The Dog Aging Project is also working to determine which aspects of a dog’s lifestyle might help extend its “health span” (meaning the number of years lived in good health, not just more years). 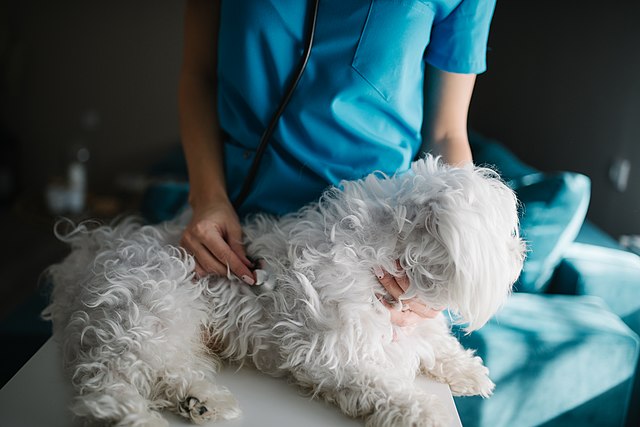 The Dog Aging Project plans to trial a few potential anti-aging drugs. One of those drugs is called rapamycin, previously tested on flies, worms, and mice. It’s being explored as an anti-aging drug because rapamycin can mimic the effects of caloric restriction, something that studies have shown helps extend the lives of several species.

“I’m convinced that some of the interventions that we know extend life span and health span in mice will work in dogs,” Kaeberlein said. “It’s really just a matter of showing it through clinical trials.”

So far, the Dog Aging Project has only run a few small safety trials. The drug appears to be safe according to a six-month study (yet unpublished) involving 17 dogs.

Their research is ongoing, and I’m sure you’ll agree with me that it’s important work!

Andrei Gudkov, Katerina Adrianova, and Daria Fleyshman founded Vaika, another project studying aging (in dogs and people). Their research focuses on dogs that have retired from sled racing.

These researchers have spent about the last four years or so caring for and monitoring dogs between 8-11 years old for the remainder of their lives. The retired sled dogs all came from kennels in the northern U.S. states and Canada. 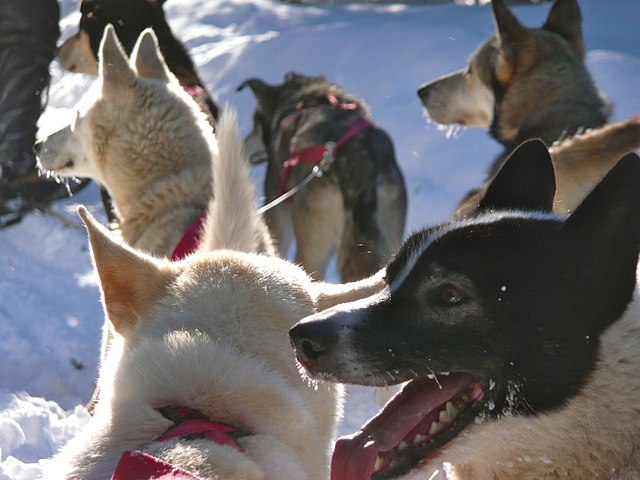 The primary focus of Vaika’s studies is on DNA damage that accumulates as a dog ages. This DNA damage can send signals to the immune system to destroy the affected cells, thereby damaging tissues.

According to Gudkov, a professor of oncology at Roswell Park Comprehensive Cancer Center in Buffalo, New York, some of this DNA damage is caused by the “retrobiome”. The retrobiome refers to fragments of ancient viruses that have been incorporated into animals’ (and humans’) DNA over millions of years of evolution. In other words, the retrobiome may be responsible for age-related decline in dogs and humans. 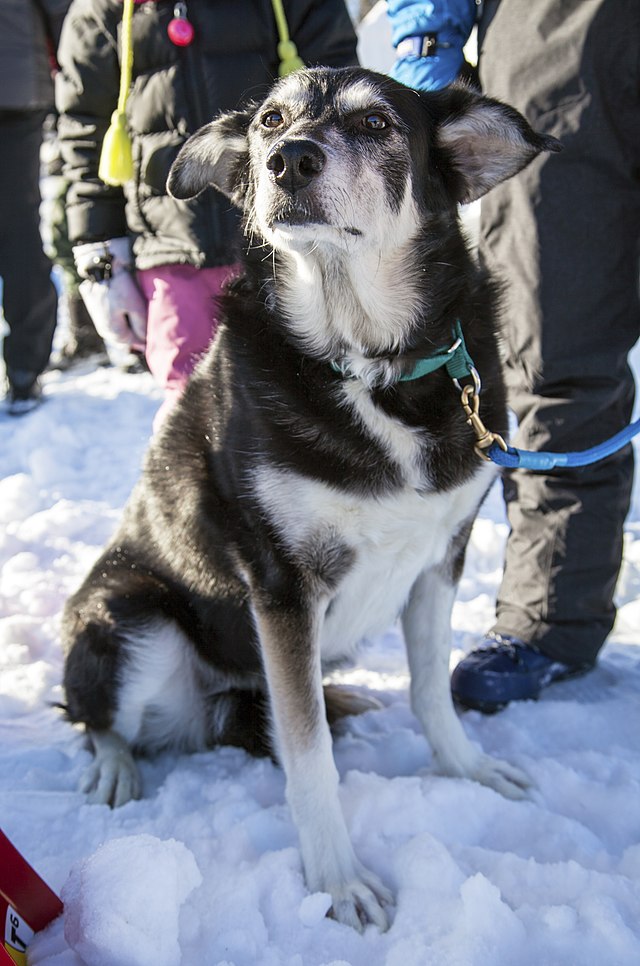 Working with this theory, Vaika is trialing an experimental anti-aging drug intended to stifle the retrobiome activity in dogs. Half of the dogs in the trial will receive this drug, and the other dogs will take a placebo. The researchers will monitor signs of aging in all of these dogs.

Hopefully, these studies will provide Vaika with useful information about longevity.

In addition to studying blood, saliva, and urine samples, the Loyal team will look at “epigenetic markers”, which are chemical groups that attach to DNA and control genes’ protein production. Because these epigenetic markers change over an animal or person’s lifetime, scientists have used this information to determine an organism’s biological age. 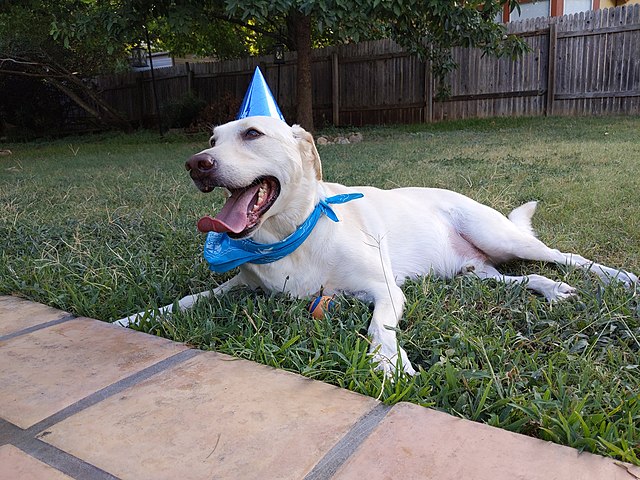 And naturally, Loyal is also performing clinical trials of drugs. The specifics are somewhat undisclosed, but one drug will target larger dogs (who tend to have shorter lifespans) and the other works similarly to the rapamycin The Dog Aging Project is testing.

What We Can Learn From Dogs About People

One thing seems pretty apparent in all this: dogs actually make a great model for studying health in human beings. As Elaine Ostrander from the National Human Genome Research Institute of the National Institutes of Health in Bethesda, Maryland puts it:

“They’re eating our food, they’re walking on our lawns with pesticide, they’re drinking whatever is in our water.”

There are some obvious differences between humans and dogs, but we share many biological similarities as well.

“It seems like at the level of individual age-related diseases, it’s very, very similar,” Kaeberlein of The Dog Agin Project said. 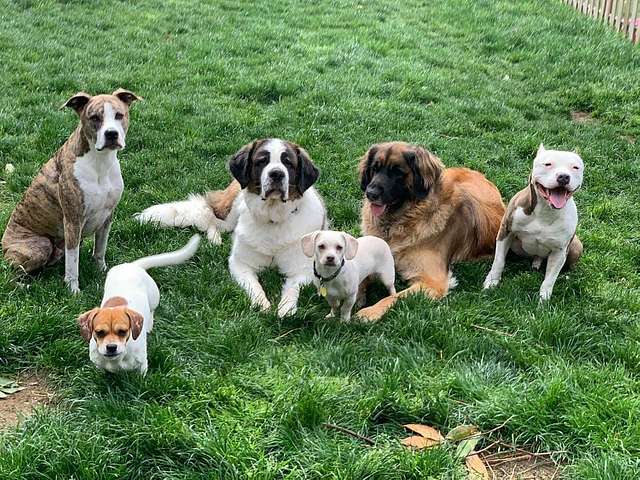 Not to mention: Because there’s such an incredible diversity of dog breeds and the development of these breeds essentially involved gene selection, it’s easier to study genetics in different types of dogs than it is in humans. Discovering genes that are linked to certain diseases in dogs can help scientists develop targeted therapeutics.

“We don’t have a way to do that very efficiently in humans,” Ostrander notes.

Yes, it’s completely heartbreaking that our dogs’ lives are so comparatively brief. On the other hand though, researchers can study the effects of potential anti-aging drugs over a dog’s entire life span, whereas that would be far more difficult to do in people.

“Studying this in humans is … very impractical, because usually your own life is not long enough to see the fruits of your work. A dog’s life is sufficiently shorter than a human life, and allows us to do reasonable experiments and see the results.”

RELATED: 12 Signs Of Aging Every Dog Owner Needs To Look For

If this all sounds a bit confusing, that’s because it is! Though a lot of theories and data back this research, obviously we don’t have any concrete answers about why our dogs age so quickly or how we can slow that down just yet.

The MIT Technology Review has covered this research in more detail if you’re interested in finding out more. In the meantime, when you look at your senior dog and wish they would stop getting older, think about all this promising research!