Harold Reynolds is an experienced hiker that fell into a dark place after completing a brutal hike. Post-hiking depression is common among avid hikers, but Reynolds found relief through the love of a dedicated pup.

Harold Reynolds has never shied away from an adventure. He has always loved to spend time in the great outdoors, especially when these environments challenge him. He always wanted to put his body to the test, so he decided to tackle a ‘flip flop’ hike along the Appalachian Trail. 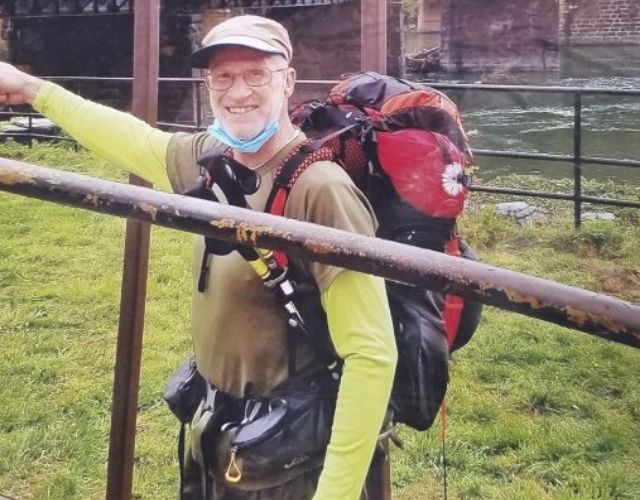 The Appalachian Trail runs from Georgia to Maine, but there are a variety of trails a hiker can follow. The ‘flip flop’ hike of Harold’s choice involved starting in the center of the trail and tackling one side, only to come back to the center and complete the second half at a later date.

Harold completed the first half in just around three months and decided to come home and rest before tackling the other half. Soon after Harold made his way home from the Appalachian Trail, he experienced the impact of post-hike depression.

Harold describes the feeling as an immediate crash. He recalls laying in bed and crying for two days straight, unsure how he would ever pull himself out of this dark state. 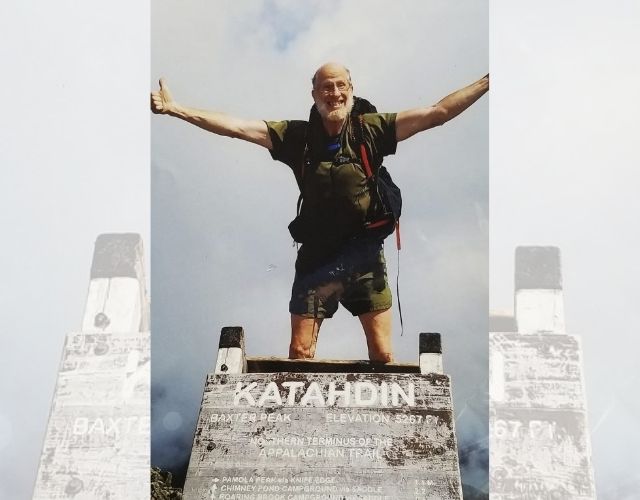 Not only were things complicated enough for Harold at this point, but he soon learned that he would be acquiring his son’s German Shepherd. His son got a job opportunity that would not allow him to bring the pup along, forcing Harold to welcome the pup into his own home.

“I did not want to do anything. I laid on the floor and the couch day after day, doing the minimum. I would get up to take care of the dog, then lay back down.” – Harold Reynolds

Harold was happy to have Blue in his home, but their first couple of weeks were still an adjustment. Harold remembers only doing the bare minimum with the patient pup at first, as he was trying to find the strength to get by each day. As time went on, the bond between the two began to form.

Soon after welcoming Blue into his life, he knew he had to do something to get his mental health back on track. He then reached out to his doctor for some additional support, and the two came up with a plan to tackle his post-hike depression. Part of this plan involved getting up and moving with his new friend Blue. 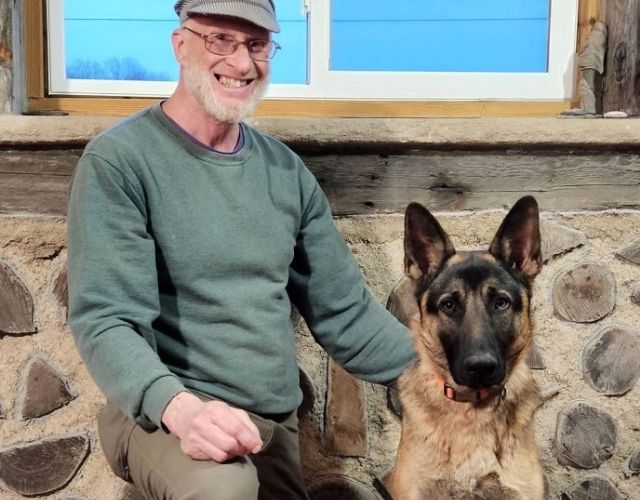 “Sometimes this dog and I would go out and just enjoy the day together. I kept up the guise of going places for the dog, but I was doing it for myself, as well, forcing human interaction.” – Harold Reynolds

The love of a dog is the best medicine out there, and this proved to be true in Harold’s case as well. Within months of Blue entering his life unexpectedly, Harold was finally starting to see the light at the end of the tunnel.

The two spent time outdoors together, getting social within their community, and even planning future hikes together. Blue’s love brought so much light into Harold’s life that he was finally able to pull himself out of that dark space.

The companionship of his furry friend has given him the confidence needed to consider finishing the second half of the trail. Harold even plans to bring Blue along for the ride and is working on teaching him how to endure long outdoor adventures.

This dog saved my life. He gave me the purpose of getting up again.” – Harold Reynolds

No matter what lies ahead for Harold and Blue, we have no doubt that their future will be filled with incredible adventures. We can’t wait to see what they achieve together!