A new puppy scam in China is breaking the hearts of dog lovers around the world. It’s a good reminder to be cautious of who you re-home your pets to. A woman with the surname Chen lives in Shenzhen, China. She decided to find a new home for her Labrador Retriever puppy when she couldn’t afford to care for him.

She thought she had found a suitable home, but soon after, the “adopter” threatened to send the puppy to a butcher unless Chen paid a ransom fee that she couldn’t afford. It’s hard to believe that any human could be this heartless.

Chen decided to re-home her puppy, Duobao, when she no longer had time and money to care for him. She asked someone to adopt him on an online platform, and a man reached out almost immediately.

The man, who lives in Huizhou, promised to give the puppy a good life. He sent 8.8 yuan ($1.30) to the woman as a goodwill gesture, and it convinced her to trust him.

Chen was heartbroken to say goodbye to her puppy, so she asked the man to send her updates on how Duobao was adjusting to his new home. But two days later, she received a threatening message instead of a wholesome one.

The man said he sold Duobao to a dog meat shop and the only way to stop the pup from being slaughtered was if Chen paid him 5,000 yuan ($725). Sadly, Chen didn’t have that kind of money lying around.

When Chen asked the man why he was doing this, he said he didn’t need the dog. Chen told him that she needed some time to get the money, but the man refused to wait. So, Chen went to the man’s apartment to find the puppy. The place had a few dog cages inside, but it was empty otherwise. The man and Duobao were nowhere to be found.

Chen got the police involved, and they told her that this is a common scam. About 30 million dogs are slaughtered every year in China, so butchers will pay a lot of money for dogs. Officials say that the 8.8 yuan the man sent over was a gift used to earn Chen’s trust. He likely sold the puppy for much more afterward. 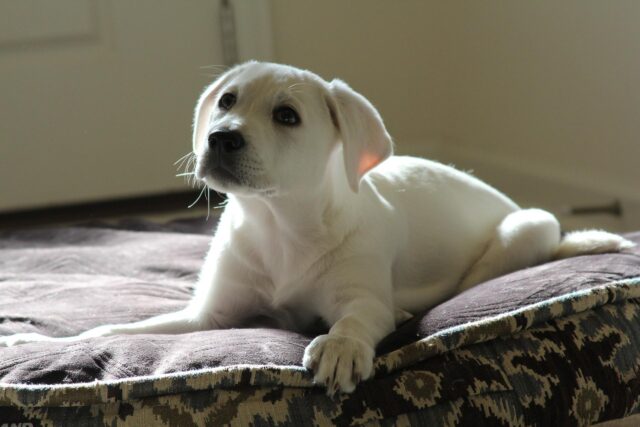 When officials confronted the man, he admitted to selling Duobao to a dog peddler. Yet, he wouldn’t admit that he blackmailed Chen. He said the dog was his when he adopted him, so he has a right to sell the pup for money.

No one knows if Duobao is safe, and it’s unclear if the man will face any type of penalty. It’s easy for people to adopt pets in China after registering them with the authorities, which is why this scam is common. If possible, it’s best to re-home a dog to a rescue organization or someone you trust to ensure that the adopter won’t mistreat them.