Seriously, we can’t stop thinking: “Who would do such a thing?”

But here it is. Matt Williamson, a Hinds County, Mississippi resident, was out looking for his own dogs near a creek when he found something completely unexpected and very disturbing.

Two puppies had been abandoned in an aquarium – its lid cemented shut. 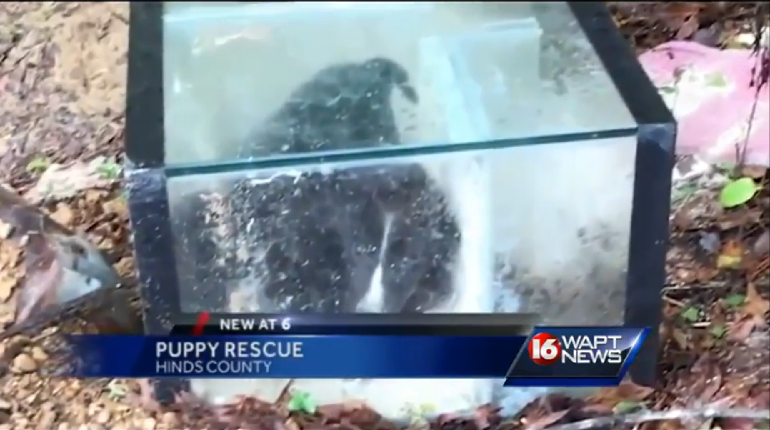 “I could see these eyes peering out at me and they looked like they need help,” Williamson told 16WAPT news. “They sent them here to drown,” he says of whoever did this. “They wanted these puppies to drown.”

Williamson called the authorities and the puppies were taken in by Mississippi Animal Rescue League, who are treating them very carefully and with lots of love.

“We think they are a little feral (and) not used to human handling. They were running a fever, about 103, or so. Our standard procedure is to put them in a quiet place, number one, because of their temperature, and number two, their stress level,” MARL Director Debra Boswell told 16WAPT news. 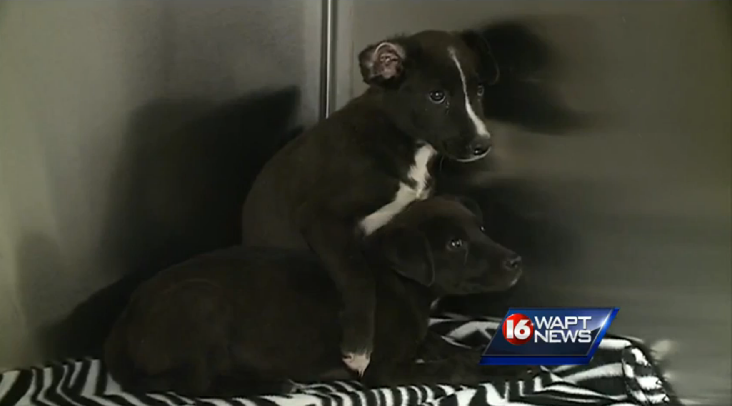 Obviously scared, the two puppies huddled together, the one with his paw around the other, as if trying to protect him from all the new people.

Watch the full news story below:

The pups have since been adopted and are living a full, happy life! Now, for these two deserving dogs, life’s a beach!