Ozzy is a beautiful Pit Bull who has had a passion for cats since he was a little pup. When they adopted Ozzy three years ago, he was ecstatic to meet his new cat sibling Norm.

But Norm wasn’t as into Ozzy as Ozzy was into him. 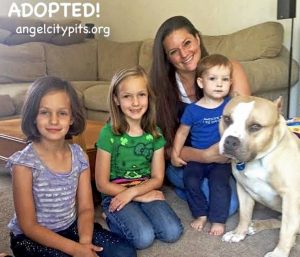 Norm’s dismissals didn’t deter Ozzy, who continued to pursue his goals. You could feel a little sorry for him if Ozzy didn’t have such an excellent lifestyle otherwise. But he has other wonderful things in his life to make him so very happy, including his closest best friend, whom he adores, and the family’s 5-year-old son.

Ozzy is so sweet that Lajeniss jokes that if their house were ever broken into:

“Ozzy would offer to hold their flashlight, ask them about their day and show them right to the TV set.”

Ozzy can’t get enough of babies either! Every stroller he sees, he insists on sticking his head in to say “hi” and give kisses. And Ozzy is a true animal lover. For Ozzy, every animal he meets is a potential best friend. That is why Norm’s rejections have been so frustrating over the years. All he wanted was a cat to call his very own! 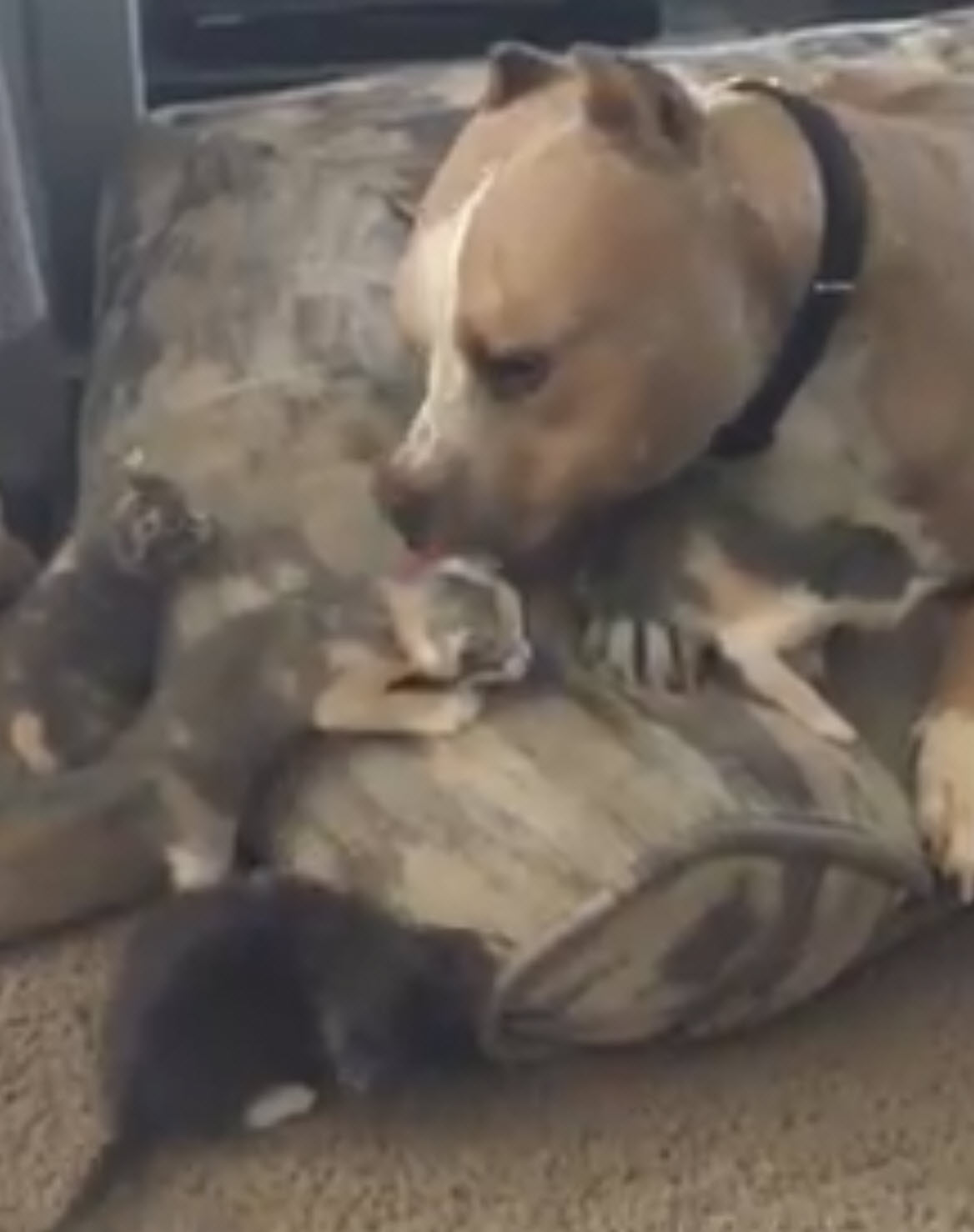 Thanks to a family who loves him and who truly understands his frustrations, they decided to make his dreams come true!

Over the summer, Lajeniss took in a pregnant stray cat named Winnie, after she grew concerned about Winnie’s wellbeing. A month ago, Winnie gave birth to five healthy kittens. Ozzy has been in his glory ever since!

Ozzy is attentive, nurturing, and extremely patient. When he hears the kittens cry, he races over, overwhelmed with concern. AND… when he gets to interact with the kittens, his tail never stops wagging! 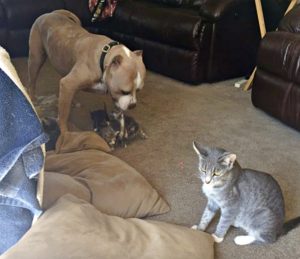 The kittens crawl all over Ozzy and he licks them like crazy, which for Ozzy is pure doggy-heaven! Their mama likes Ozzy too!

“She’ll rub up on Ozzy almost to thank him for kitten sitting while she’s out getting a break,” Lajeniss says. 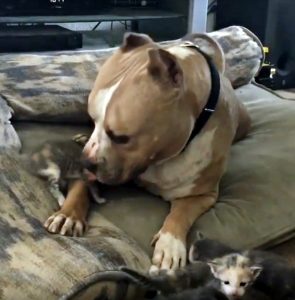 Four of the kittens went up for adoption but Winnie and one of her babies was officially adopted by the Lajeniss family.  For a dog that never gave up on love, Ozzy finally has ALL the love he’s ever wanted!