Max, a 2-year-old Labrador/Rottweiler mix, was recently taken outside his family home, shot twice in the face with a shotgun, and left to die. The person who inflicted this horrible act of cruelty? The very person Max looked to for food, affection, and care. Thankfully, Max was seen, rescued and is recovering. What we know about the event reveals how rash overreactions can lead to pain, suffering, and punishment. 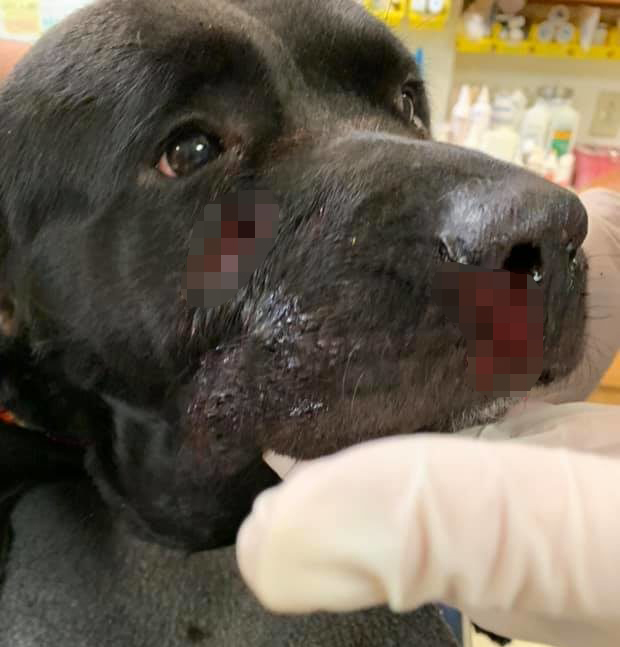 Max and the Shooter’s Three-Year-Old Daughter

Cody Deel is 28 years old and lives in Ripley, which is located in Jackson County, West Virginia. While he was away from home Max and Deel’s three-year-old daughter were involved in an altercation. According to reports, Max had gotten into the garbage and the child attempted to take a piece of it away from the dog.

Cody Deel was not home when his daughter and Max struggled over snatched garbage, resulting in the bite. Deel was interviewed when a criminal complaint of animal cruelty was filed. In that report, he indicated that when he arrived home, he put Max on a leash, took him to a field behind their apartment complex and shot Max in the face one time with a 20-gauge shotgun from a distance of 5 to 10 feet. Max fell to the ground and Deel shot the dog a second time. He then returned inside to inspect his daughter’s wound, leaving Max tied to a fence outside. According to the complaint, deputies asked Deel why he left Max outside to die and Deel replied, “I was going to bury it.”

Max Seen and Rescued by Officers

Someone passing by noticed Max tied to the fence. He had managed to get himself tangled up and was obviously struggling and in distress. That passer-by called the Humane Society to report what was seen. Jackson County Sheriff Deputy Fisher and Jackson County Humane Officer Teresa Hager were called to the scene and rescued Max. The struggling animal was taken to an emergency vet and renamed Fisher after the rescuing Sheriff Deputy.

Fisher is Recovering and Preparing for Adoption

Fisher had to have a tooth removed and has a jaw full of birdshot that was fired from the shotgun. Humane Society Officer Hager told WSAZ3 details about Fisher’s wounds. “He had that hole through his cheek,” Hager said. “The shell went and ricocheted off his tooth and busted his tooth and then all of the gunshot went into the bottom of his jaw. It’s really infected. He’s on antibiotics and pain medicine because he’s got a big jaw hanging down.”

Fisher is recovering at the Jackson County Animal Shelter and has received loads of interest from people wanting to bring him home to give him a new family and new life. He will need a few weeks to recover and be evaluated before he is officially put for adoption.

After several months, Fisher finally found a home of his own with someone who will truly care for him the way he deserves!

“We all had Happy Tears today. Our Fisher got adopted today. If everyone remember Fisher, he was the one his owner shot him in the face. This boy is so happy. Thank you Ed McCoy for saving this big boys life.”