An injured dog named Dani was brought into the Twin Maples Veterinary Hospital in Ohio because she needed emergency medical attention. The individual that brought her in claimed that they found the dog with a slit throat and a duct-taped mouth. Horrified by this story, officers went out to search for the person behind this animal abuse, but they later found out that the entire story was a fabrication. The real person to blame was the person who brought her in, which sadly was actually her family.

Even though the stories about Dani were false, she still appeared to be in pretty bad shape. She was incredibly skinny with sores around her nose and neck. Because of this, it was easy to believe the lies being told about how she got in this condition. However, upon further examination, the vets were able to confirm that these injuries were not from a slit throat or duct tape. 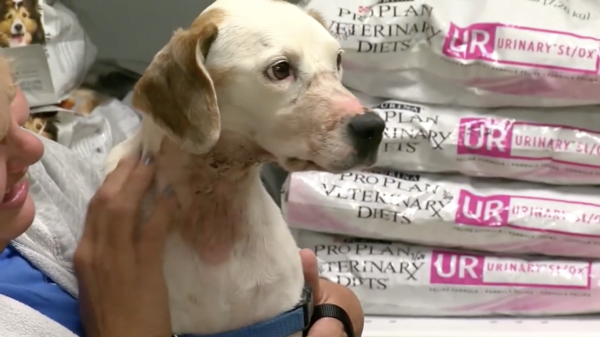 As it turns out, no one had purposely harmed Dani. The scratch on her neck was from an accidental run-in with a barbed wire fence. Once this incident occurred, her family wanted to seek medical attention for her injury. Sadly, they couldn’t afford to pay the vet bills. That’s when they decided to come up with a story to get her scratch fixed for free.

The sores around her nose were because her family kept a tight muzzle around her for long periods of time. They used the muzzle to control Dani’s behavior, such as excessive chewing and aggressive behaviors toward other dogs. However, the muzzle would sometimes be kept on Dani’s mouth for hours at a time. This is why it left such a horrible mark. 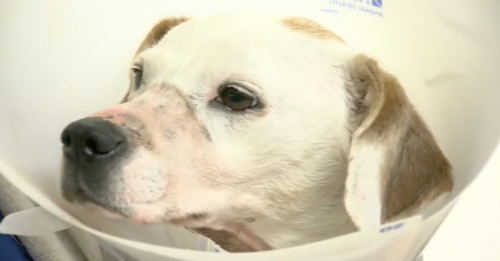 With the scratch from a barbed wire fence and the sores from a muzzle, Dani’s family was able to make up the perfect story. They thought they could claim to have found Dani, so that the vet would provide free medical care, but their plan backfired.

Dani is now being fostered at Hart of Cincinnati Animal Rescue, which is where she was originally adopted. Her foster parent says that she is a sweetheart, and her tail never stops wagging. It will take her some time for her to heal, but in the meantime, she’s in good hands. 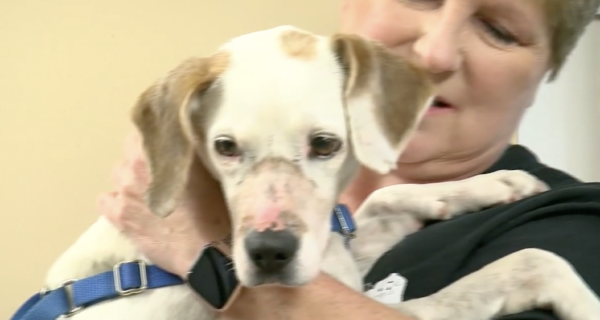 The rescue states they would like to push for charges against the original family, but this hasn’t been done just yet. After the investigation, it was discovered that the incident happened in a different county than the officers originally thought.

“After the investigation was completed it was determined that this incident did not occur in Butler County, but we will make a joint effort to work with the adjacent jurisdiction to ensure this case is dealt with appropriately,” states Sheriff Jones.

This dog’s original family is actually in Warren County, so if the rescue does press charges, then they would have to be filed in that jurisdiction. However, what is most important is that Dani’s okay. She is with a loving foster home and is excited to find a caring and responsible forever home in the future. 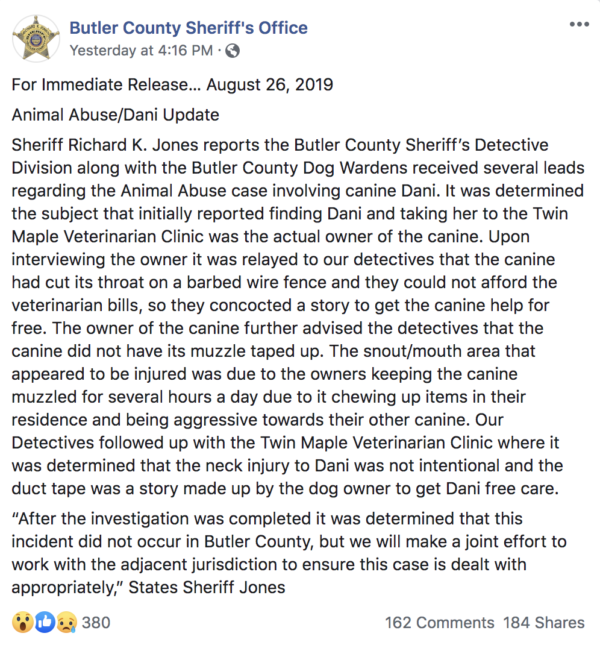