Every summer, the news fills up with stories of dogs left behind in hot cars. In only 10 minutes, the temperature in a car can increase by 20 degrees, which can become life-threatening for an innocent dog left inside. Even if the windows are cracked or the vehicle is parked in the shade, it’s still dangerous. So, it’s best to leave your dog at home when running errands.

If you see a dog in a hot car, it’s tempting to break into the car to rescue the dog. There’s a rumor that you can do so without penalty, but that might not be true. Each state has different regulations about what you can and can’t do in this situation, and even if there is a law in place, you might not be protected.

Which States Have Laws Protecting Dogs in Hot Cars?

Just over half the states have some type of law designed to protect pets from being left in hot cars. Some laws allow anyone to rescue the animal without punishment, while others are more restrictive.

“Good Samaritan” laws mean that any citizens can take measures to protect animals in hot cars. The definition of “animal” in this situation varies, with some states allowing all animals to be rescued while others focus only on dogs and cats. There may also be conditions you must meet before you can legally break into the vehicle.

These 14 states have Good Samaritan laws:

Law enforcement rescue laws protect only official emergency responders, such as animal control and police officers. So, you can report the incident and allow someone else to save the animal, but you can’t take action yourself. 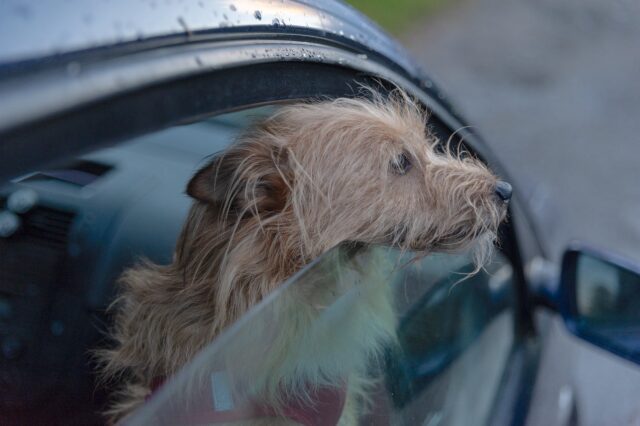 States with Laws but No Rescue Provision

Some states have laws protecting animals from hot vehicles, but they haven’t listed details for who can rescue the pets. Thus, it’s difficult to determine if the rescuer will be punished or not.

Here are the two states with unclear laws:

Which States Do Not Have Related Laws?

The rest of the states do not have laws protecting animals from hot cars. Those 19 states are: 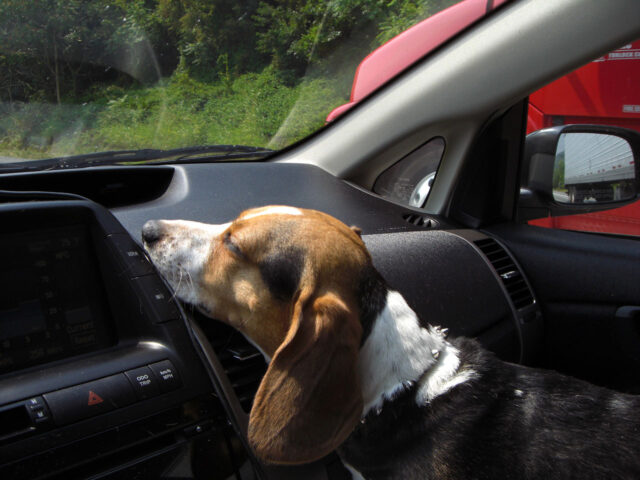 What Can You Do if You See a Dog in a Hot Car?

Before you rescue a dog from a hot car, check the laws in your state. Even if your state allows anyone to save a neglected dog, there may be some steps you have to take to avoid getting in trouble.

Most “Good Samaritan” laws still require the rescuer to at least contact law enforcement before breaking into the car. Or, if it’s an emergency, they should alert the police right after. Since it’s unclear how a pet will react in this scenario, you should prepare a way to prevent the dog from running away before authorities arrive.

Some states are less specific in their laws because there can be wiggle room if someone commits a crime while rescuing the dog, such as stealing a purse from the car.

RELATED: Here’s What To Do When You See A Dog In A Hot Car 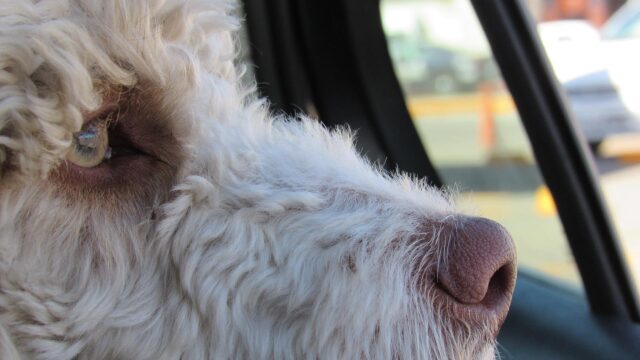 Unfortunately, the laws for saving dogs from hot vehicles aren’t cut and dry. Whether or not you’ll be punished will vary based on where you live and the actions you take. If possible, record the whole situation as proof of rescuing the dog and have witnesses present.

You can find the details of each state’s laws here.