When Chewy’s mother could no longer tolerate her ex-boyfriend abusing Chewy, she made the devastating decision of leaving him in an airport restroom with a note pinned to his collar. 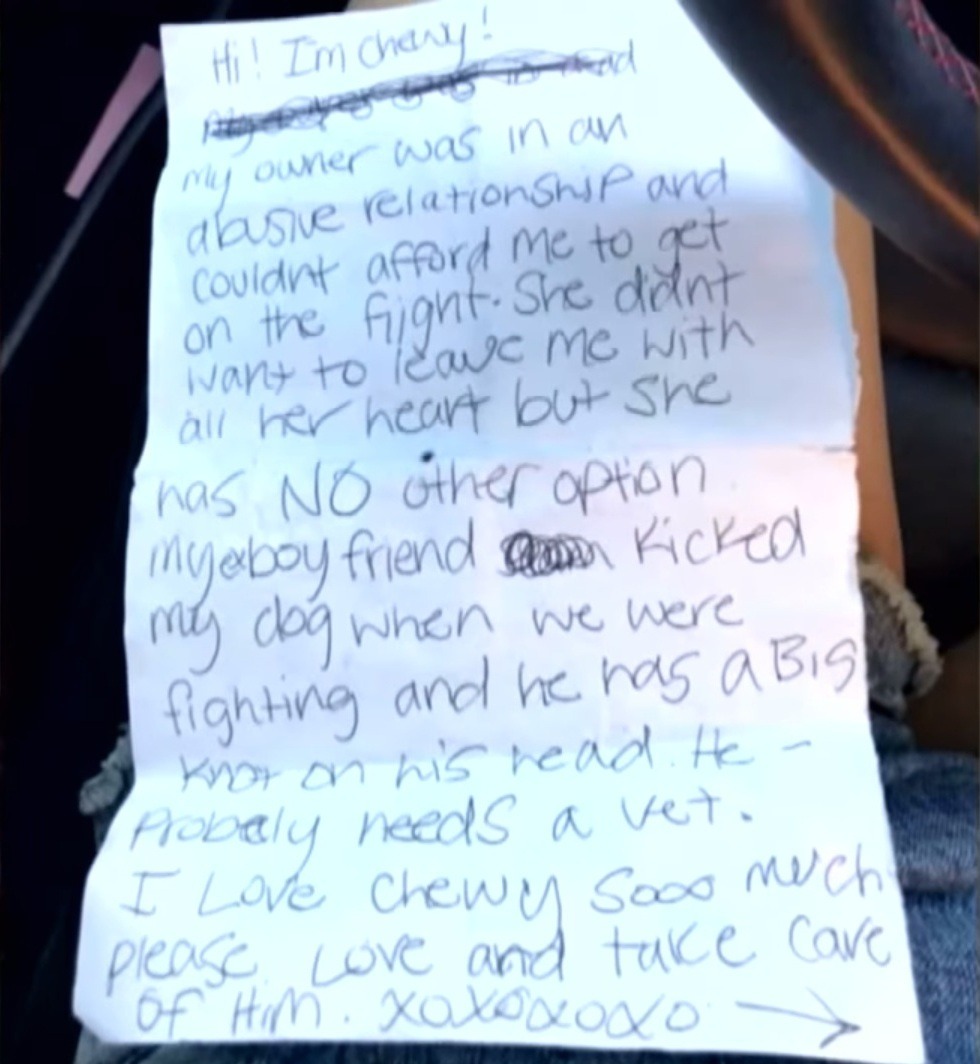 Chewy is a 3-month-old Miniature Chihuahua, whose mom was in the Las Vegas’ McCarran International Airport, escaping from her abusive boyfriend. Unfortunately, she couldn’t afford to get Chewy on the flight, and as per her note, leaving him in the bathroom was her only option.

Chewy’s mother didn’t want him to endure any more abuse at the hands of her partner. Her abusive ex-boyfriend kicked him in the head, causing him to have a large knot on his head. His mom hoped someone who would find him would be able to care for him. She says that she loves Chewbacca with all her heart and wishes him luck in finding a good new home. Chewy ended up at Connor and Millie’s Dog Rescue, where he did well and was eventually adopted and found his new forever home. We hope his mother escaped her abusive relationship and is now safe.