Carole and Verne King were enjoying a stock-race one night in the small town of Kalispell, Montana when the unthinkable happened. The couple had left their 7-year-old Border Collie, Katie, alone in their room at the dog-friendly hotel where they were staying. The Kings returned to their hotel room to find Katie missing on July 20th.

A front desk worker thought she spotted a dog running out of the door earlier in the night. It was thought that Katie had been scared by a thunderstorm passing through the area and somehow managed to unlatch the door.

57 Days of Holding onto Hope

Kalispell is a tiny city situated near Glacier National Park, surrounded by lush wilderness and sprawling mountainous landscapes. The population doesn’t even quite reach 25,000. Finding Katie seemed like an impossible task but her parents were unwilling to give up. Carole and Verne both have a background in law enforcement which helped them in their search. 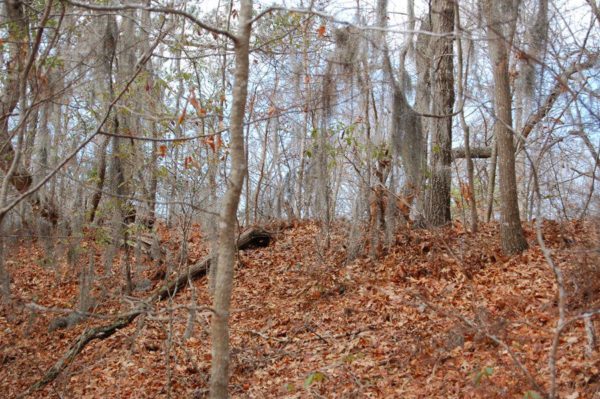 The heartbroken couple spent the next 57 days searching high and low for their dear Katie girl. The nights became cooler and the leaves began to change color as summer melted away and fall crept in. Carole even quit her job as a postal carrier in order to devote all of her time to find her baby.

“Every night going to bed, it was gut-wrenching,” Verne told the New York Times. “Is she warm? Did she get to eat today? It tore us up.”

Katie’s mom and dad searched through the entire first night. The surrounding area was dotted with neighborhoods, shopping centers, and alfalfa farms but Katie was nowhere to be found when they finally decided to return to their room just as the sun would be starting a new day.

The community came together to do everything they could to reunite the family. The front-desk attendant at the hotel worked with them to make fliers to distribute around town. They canvassed neighborhoods and strangers even joined the cause, going door to door to spread the word and share Katie’s picture.

Verne said they treated it all as a crime scene just as they would have when they were in law enforcement. Katie’s parents skillfully examined dirt in the alfalfa fields to see if they could find any of Katie’s paw prints. When that didn’t work, they resorted to more extreme tactics.

Forensics for a Four-Legged Family Member

Carole and Verne ordered a couple of trail cameras- the kind hunters use to track wild game. The cameras are triggered and begin recording when movement is sensed. They laid out animal traps and tried to bait Katie with her favorite cheese sticks.

“I don’t think there’s any street we haven’t been on in that area,” Carole said.

Their efforts yielded no results so they continued trying new ideas. They decided to appeal to a dog’s keen sense of smell. Katie’s mom started jogging and biking throughout the area in hopes Katie would smell her sweat. Worn t-shirts, a bowl and Katie’s favorite blanket were also strategically placed around town.

Hair clippings and a couple of buckets of horse manure were hauled in from their family farm. They spread these olfactory triggers in farmer’s fields around traps and hoped for the best but all they caught was a magpie, four skunks, and a cat!

It was suspected that Katie was traveling under the cover of darkness so her parents invested in night-vision goggles. This didn’t work either. Tips continued to come in and the couple followed-up on all of them. They once drove 15 miles to Columbia Falls just to be sure they left no stone unturned.

“In our heart, I would always say, ‘If I didn’t follow up, what if that was her and we didn’t do anything?” said Carole.

Carole’s job was unable to allow her the time off that she needed to continue her search. She decided Katie was more important than the money her job provided her to supplement their pensions. Katie’s mom headed back to Kalispell and traded places with her husband who had to return to Spokane. He didn’t leave without leaving a note for Katie, just in case.

“I am going home to care for your brothers and sister,” Mr. King wrote. “Instead of saying goodbye, I would rather say, ‘See you soon.’”

It Took a Village But Fate Finally Changed

The generosity of the Kalispell community was awe-inspiring. The Kings made new friends who encouraged them to continue their search when their faith was running thin. They were even invited to stay in people’s homes while they continued their campaign to find sweet Katie.

Luck would change on the morning of September 15th. Carole got a phone call from someone in a neighborhood near the hotel Katie had gone missing from nearly two months prior. The caller said he was confident he had just seen Katie in his backyard. Sadly Katie was gone by the time her mom rushed over.

Carole and a friend continued searching the nearby fields with binoculars when they found a couple out for a walk. They told the couple who they were looking for. That’s when a woman pointed to a Border Collie under a tree nearby.

Katie came running as fast as she could and lept into her mom’s open arms!

“I just bear-hugged her,” she told the Daily Inter Lake newspaper. “People are stopping in their vehicles, getting out and hugging us. I think the whole neighborhood knew that we found her.”

Sweet Katie was dehydrated, more than 10 pounds skinnier and she desperately needed a bath, but it was nothing a little love couldn’t fix.

Check out how happy she is to be reunited with her family!